After Dropping Congress From Twitter Bio, Jyotiraditya Scindia Tries To Silence Rumours Of Anger With Party 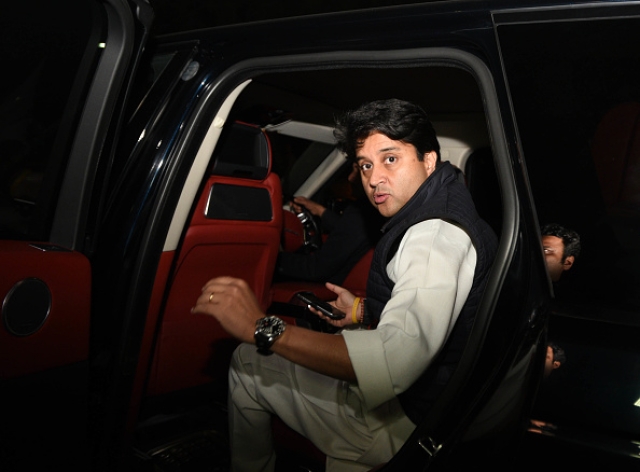 Congress leader Jyotiraditya Scindia said on Monday (25 November) that he had removed the name of the party from his Twitter bio a month back and that rumours of his discontent with the party are baseless.

Scindia has removed the party's name from his Twitter bio which now only says "public servant and cricket enthusiast".

“I did that a month ago, people are looking at it now. I got a feedback that my bio-data was boring and I should shorten it,” he told The Indian Express. “I don’t understand how people have idle time. I shortened it because the previous (party) posts I held are all available on the google.”

The move was scuttled by Digvijaya Singh and Kamal Nath, as both leaders are pushing for Ajay Singh, son of late party leader Arjun Singh, for the post of Madhya Pradesh Congress president, said a source.

The younger lot of Congressmen perceived to be close to Rahul Gandhi are disenchanted at the way of functioning as senior leaders are blocking the path. Former Haryana Congress president Ashok Tanwar who left the party has said that young leaders are politically "murdered" by the seniors.

The problem within the party is simmering and this move by Scindia has put the party in a tizzy, as the former royal of Gwalior had resigned from the post of General Secretary after Rahul Gandhi had quit as party chief, however, there is no official word on Scindia's resignation.