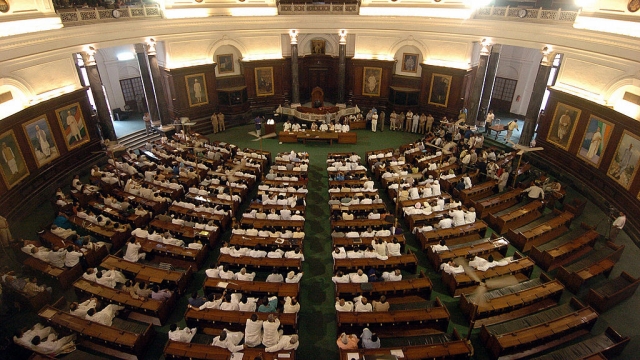 The Triple Talaq bill seeking to criminalise the practice of triple talaq that was introduced by the Narendra Modi led National Democratic Alliance (NDA) government in parliament was finally passed by the Lok Sabha today (28 December). The bill will now make its way to the Rajya Sabha to be considered and passed.

The bill was passed after heavy debate and opposition in the lower house. All amendments demanded by the opposition were defeated during voting.

The bill was tabled by Union Law Minister Ravi Shankar Prasad who said that it wasn't related to religion but about Muslim women and their honour.

In August this year, the Supreme Court ruled instant triple talaq as unconstitutional and gave the government six months to bring in a legislation. Muslim women across the country have rejoiced at the apex court's decision.

Members of the All India Anna Dravida Munnetra Kazhagam (AIADMK), All India Muslim League (AIML), Rashtriya Janata Dal (RJD), All India Majlis-e-Ittehadul Muslimeen (AIMIM) and the Biju Janata Dal (BJD) opposed the Muslim Women (Protection of Rights on Marriage) Bill calling it arbitrary. The bill in itself, would only be applicable on instant triple talaq or ‘talaq-e-biddat’. Under the law, any form of instant triple talaq – spoken, written or electronic using email, SMS or WhatsApp – would be deemed illegal and void.

While the Congress in itself did not oppose the bill, Congress leader Mallikarjun Kharge demanded that the bill should be sent to the parliamentary standing committee due to what he termed "loopholes" in the law. Former external affairs minister Salman Khurshid claimed that the bill would not benefit women because the husband would be lodged in jail and thus unable to take care of the family.

Senior AIMIM leader and parliamentarian representing Hyderabad Asadudin Owaisi said that bill lacks legal coherence and claimed that it violated fundamental rights. He also said that it would demonise Muslim men and prevent women from getting any compensation because their husband would be in jail.