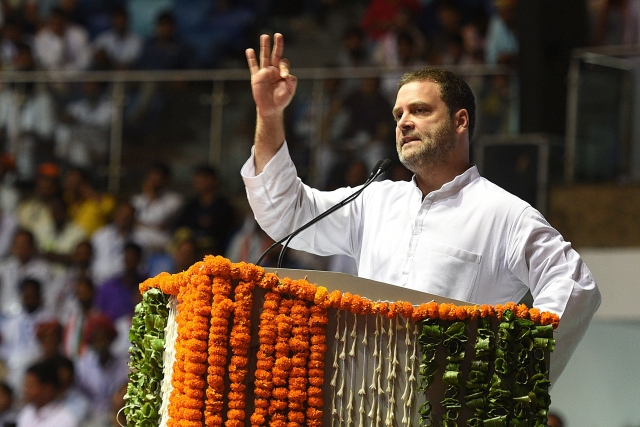 After a shocking defeat in Amethi, one of the bastion of Gandhi family, Congress president Rahul Gandhi has sent a team to his former constituency to know the reasons behind people rejecting him, reports Zee News.

Rahul Gandhi was defeated by BJP’s Smriti Irani in Amethi by over 55,000 votes, which stood as a stronghold of the Nehru-Gandhi family for decades.

All India Congress Committee (AICC) secretary Zubair Khan and party's Raebareli in-charge KL Sharma are among the team sent by Rahul Gandhi. Both Khan and Sharma are directed to submit the report of the factors that led to Gandhi’s defeat, as early as possible.

Soon after the party’s humiliating defeat in the 2019 polls, Rahul Gandhi is reportedly not keen on continuing as Congress president. Instead, Rahul, according to sources cited in the report, is pressing for a non-Gandhi to be appointed as party’s chief.

Congress, which managed to only win 52 seats, is now at the mercy of the ruling dispensation to avail the seat of Leader of Opposition as the party failed to bag at least 10 per cent of the total elected members in the lower house.