After Sightings Of Unknown Objects Flying At 30,000 Ft, US Navy Updates Guidelines For Pilots To Report UFOs 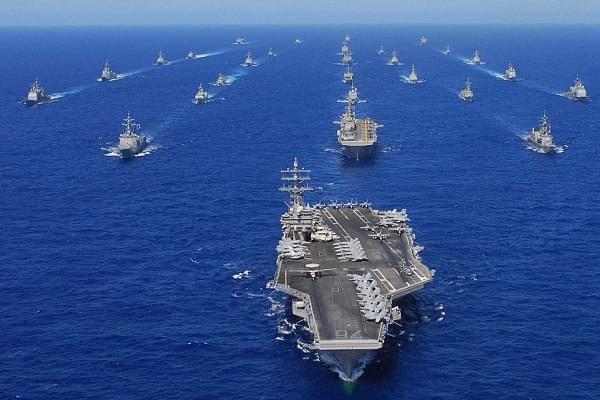 US Navy ships being headed by an aircraft carrier.

In what many will see as tacit acceptance of extraterrestrial presence on the Earth, the US Navy has issued updated guidelines to its pilots on dealing with unidentified flying objects (UFO), reports Yahoo! News.

The move comes following reported sightings of such mysterious objects by the Navy’s pilots off the US East Coast some four to five years earlier.

The pilots made observations of the UFOs when they were carrying out training missions from the aircraft carrier Theodore Roosevelt. They said they saw objects flying at altitudes of up to 30,000 feet, spinning in a top-like manner

“We’re doing this very complex mission, to go from 30,000 feet, diving down. It would be a pretty big deal to have something up there,” said Lt. Ryan Graves.

In fact The New York Times story which originally reported the story, also carries a grainy video of the object

Interestingly, President Donald Trump has talked of creating a new arm of the military, the ‘space force’, although its stated purpose was to protect satellites in orbit and not tackle possible alien threats.