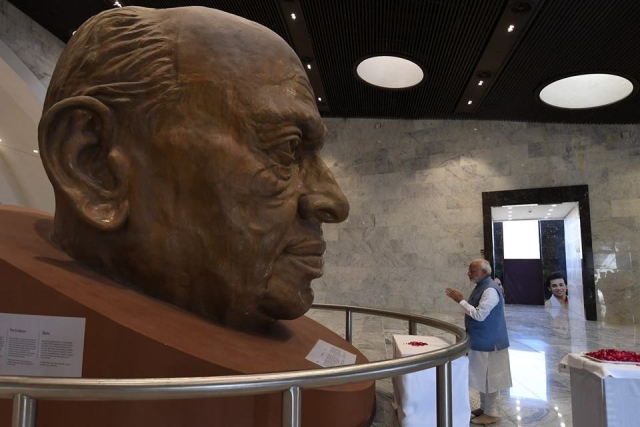 In a bid to recognise exceptional efforts in the field of furthering national integration, Prime Minister Narendra Modi announced a new annual award named after Sardar Vallabhbhai Patel, who is known for his efforts to unify the country, reports India Today.

The ‘Sardar Patel Award For National Integration’ will be given to any Indian citizen who has made efforts or contributed to national unity in any manner. The announcement was made at an annual conference of Director Generals of Police held at Kevadiya in Narmada district of Gujarat, near the Statue of Unity.

Sardar Patel devoted his life towards unifying India. The Sardar Patel Award for National Integration will be a fitting tribute to him and will inspire more people to work towards furthering Indiaâs unity and national integration.

First conference of Inspector Generals of Police, held at Delhi in 1948, was inaugurated by Sardar Vallabhbhai Patel and for this reason, the underlying theme of this year’s annual conference was Patel’s message of national unity.

PM Modi, on this occasion, released a commemorative postal stamp of National Police Memorial. Modi also released a special issue of Indian Police Journal on police martyrdom, published by the Bureau of the Police Research and Development (BPR&D).

Modi suggested that police forces of three to four states can organise an annual national level parade near Statue of Unity on Patel’s birthday on 31 October. The birth anniversary of Patel is also observed as the national unity day.