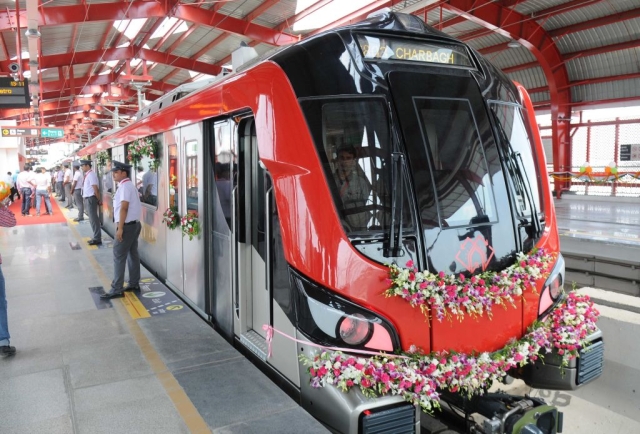 Come 2024, Agra is all set to flourish under a world-class public transport system via the recently approved metro rail project, which will come as a boon against traffic congestion.

It is expected to help not only the locals but also about two crore tourists who come to down to Agra to explore the city's monuments and culture every year, reports Financial Express.

The Union Cabinet gave the green signal to the project last month, and it is estimated that it would cost Rs 8,415.63 crore to complete it in five years.

As per the detailed project report (DPR), which had been approved by the Cabinet, the metro will have two corridors. The corridors would connect major tourist spots such as Taj Mahal, Agra Fort and Sikandra.

The managing director of Lucknow Metro Rail Corporation, Kumar Keshav said that "while Corridor 1 (14 km) would run from Sikandra to Taj East Gate, Corridor 2 (15.4 km) would extend from Agra Cantt to Kalindi Vihar. Corridor 1 would have six elevated and seven underground stations. Corridor 2 would be completely elevated, having 14 stations".