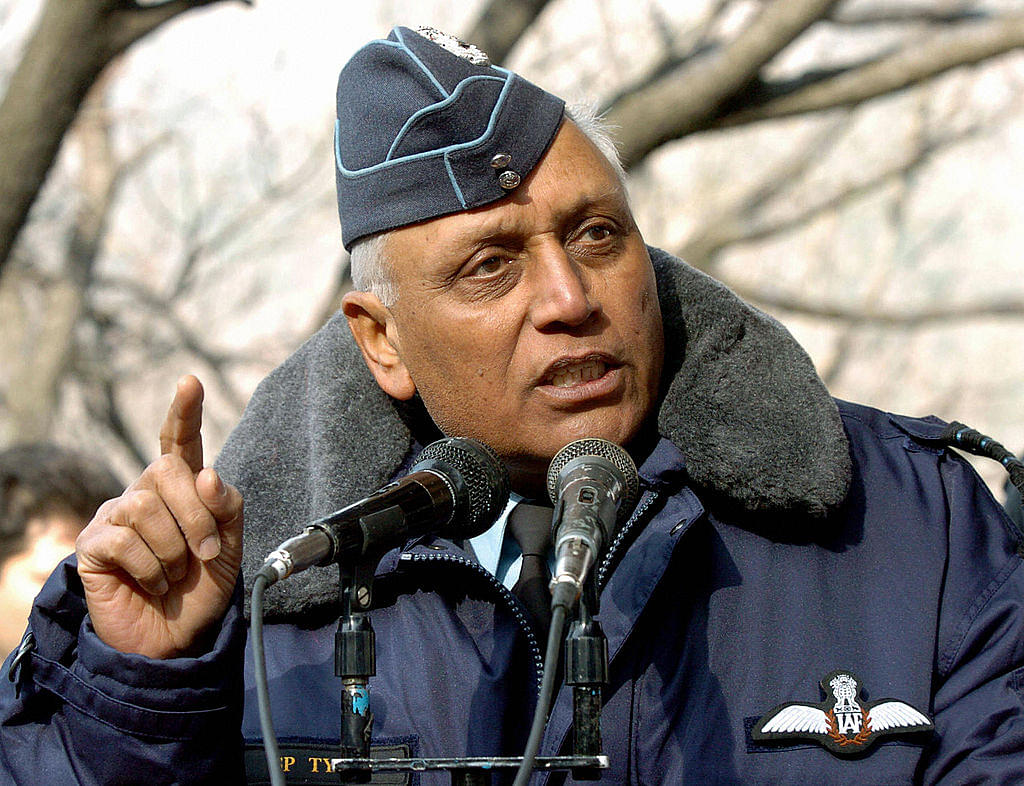 In a major development, former chief of air staff S P Tyagi and two others were arrested by the Central Bureau of Investigation (CBI) on Friday in connection with a Rs 3,767-crore AgustaWestland scam.

Tyagi’s is the first high profile arrest in the controversial choppers purchase case, and he bears the ignominy of being the first armed forces chief to be put behind bars in a corruption case.

Along with Tyagi, who retired in 2007, his cousin Sanjiv alias Julie Tyagi and lawyer Gautam Khaitan were also arrested by the CBI.

It is alleged that the chief of air staff entered into criminal conspiracy with other accused persons and in 2005, conceded to change IAF’s consistent stand - that service ceiling of VVIP helicopters 6,000 metres was an inescapable operational necessity - and reduced the same to 4,500 metres.

He added that the CBI had to analyse at least 1.5 lakh documents. These documents have a mine of information which in turn helped our case a great deal, the official noted.

The retired air chief is likely to be produced before the court today. The CBI will seek his custody for interrogation.