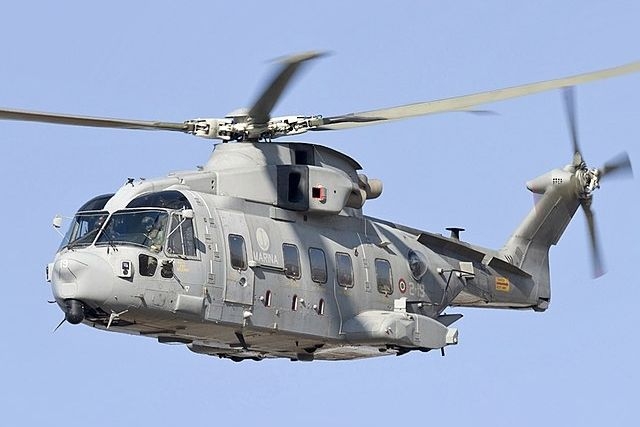 Special Judge Arvind Kumar granted interim bail to him on the personal bond of Rs 2 lakh and surety of like amount till the next date of hearing. His bail application was vehemently opposed by the probe agency and the matter will now come up on 11 December for arguments on it.

On 19 September, the agency had filed the supplementary charge sheet against 15 accused, including alleged middleman Christian Michel and Saxena in connection with the case. The court had then taken its cognisance and summoned the accused on 23 October.

Saxena, along with few other accused appeared before the court today via video conferencing today. Those who appeared were let off on bail in the case, while others moved the exemption application.

The case pertains to the purchase of 12 AW-101 helicopters built by Italian defence manufacturing giant Finmeccanica (now known as Leonardo) at an estimated cost of Rs 3,600 crore for ferrying VVIPs. In the deal, bribes were allegedly paid to middlemen and others. The purchase was cleared in 2010 by the then UPA government.

The CBI alleged that British national Michel paid Rs 90 lakh as consultancy fee to KV Kunhikrishnan, a former GM of Westland Support Services Limited, who had received documents and information related to the proposal to buy 12 VVIP choppers.

The agency asserted that during further investigation, it was found that Sanjeev Tyagi and Sandeep Tyagi (both cousins of former IAF chief SP Tyagi) through Neel Madhav Consultants Private Limited acquired Mainak Agency Private Limited at Kolkata in 2009 to launder illicit kickbacks and received approximately Rs 5 crore through banking channels in collusion with NK Jain, RK Jain and Kothari, who created shell companies and opened fake accounts in different banks for returning such kickbacks.

It was further alleged that in pursuance of the conspiracy, co-accused Agarwal, Bakshi, and Saxena through their companies had facilitated in routing the kickbacks paid by AgustaWestland at the UK.

Saxena was brought from Dubai in January 2019 and made an approver by the Enforcement Directorate (ED) in the VVIP chopper deal case but the financial probe agency later sought revocation of this status by saying that he misled the investigators.

On 1 January 2014, India cancelled the contract with Finmeccanica's British subsidiary AgustaWestland due to alleged breach of contractual obligations and payment of kickbacks amounting to Rs 423 crore.

The CBI had earlier filed a charge sheet in this case on 1 September 2017 against then Air Chief Marshal Tyagi and 11 other accused.

In its first charge sheet, the CBI had established a "money trail" of 62 million euros (around Rs 415 crore) out of the suspected 67 million euros (Rs 452 crore) total bribe paid to Indians through middlemen. The second charge sheet does not name any politician or senior bureaucrat.