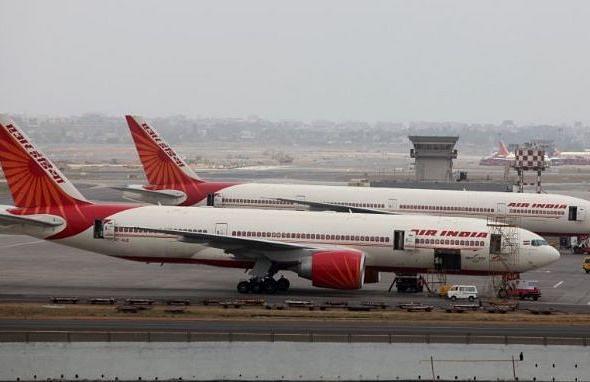 Seeking to ensure aviation biggies' participate in the bidding for Air India sale, the government may dilute substantial ownership and effective control (SOEC) clause in the FDI guidelines for the airline sector.

Official sources said the Department for Promotion of Industry and Internal Trade (DPIIT) has been discussing the proposal with administrative Civil Aviation Ministry.

The present FDI rules allow up to 100 per cent FDI in domestic carriers but the investment by a foreign airline is capped at 49 per cent. Further, substantial ownership and effective control has to be in the hands of Indians.

In most of the aviation-related activities such as ground-handling, greenfield airports and Maintenance, Repair, Overhaul (MRO), FDI is allowed up to 100 per cent through automatic route.

Relaxation in FDI rules for airlines may help generate interest among foreign players keen to get a foothold in the Indian market.

As the government's bid to sell majority 76 per cent stake in Air India failed last year with not a single private firm showing interest, the dilution in FDI norms could encourage foreign airlines and other investors to participate in the bidding this time.

"We would make sure that disinvestment of Air India happens this time. All necessary steps would be taken. The issue of relaxing FDI guidelines has been there. We are examining it," said a government official wishing not to be named.

Civil Aviation Minister Hardeep Singh Puri last week said that Air India would be shut down if the disinvestment bid fails this time, hinting the government would go the extra mile to sell the debt-laden carrier.

Air India has sucked nearly Rs 30,000 crore of taxpayers' money since April, 2012 but has failed to improve either on operational or financial parameters. The airline's on-time performance (OTP) across four metros of Delhi, Mumbai, Hyderabad and Bangalore was 54.3 per cent in October.

The government has been very liberal in opening various sectors for FDI and is unlikely to hesitate on further relaxing the conditions for the airline sector.

Presenting the Union Budget in July this year, Finance Minister Nirmala Sitharaman had said the government would invite suggestions for further opening up of FDI in the aviation, media, animation AVGC and insurance sectors. Subsequently, the government eased FDI rules in retail and media. Aviation may be the next on the government's agenda.