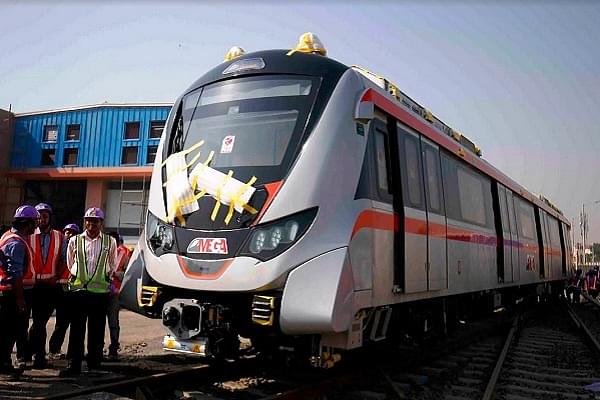 The first trial run of the Ahmedabad Metro was conducted by Gujarat Metro Rail Corporation (GMRC) on 31 January.

The government plans to commence metro operations the on the 6.5 km route from March, reports Metro Rail News.

A video of the trial was uploaded by journalist Chirag H Patel:

According to reports, the first train-set of Ahmedabad Metro arrived at the Apparel Park Depot on 1 January following which technical examination, safety checks and other tests were carried out.

“The second train-set is expected to arrive on February 9, 2019, and statutory inspection by Research Designs and Standards Organisation of Railways and Commissioner of Railway Safety is expected to be completed by early March,” mentioned the report.

Initially, the metro will be implemented in two phases with the first being from Vastral to Theltej Gam and the second phase from Gyaspur Depot to Motera stadium.