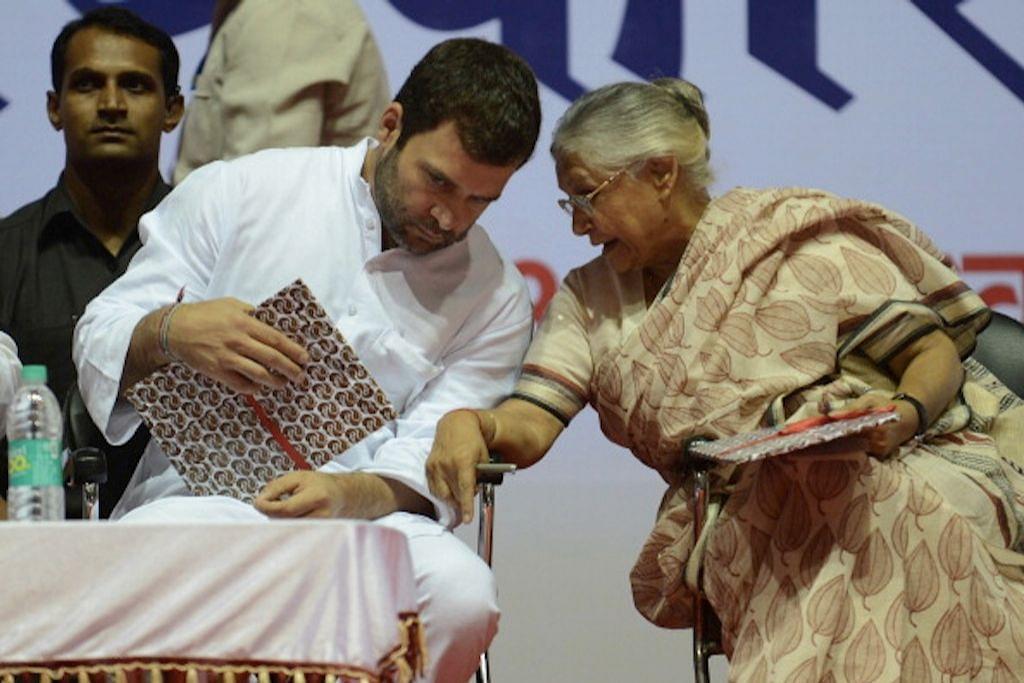 In what is being construed as an attempt to dilute the powers of Delhi Congress chief Sheila Dikshit, the All India Congress Committee (AICC) in-charge PC Chacko on the grounds of the former Delhi chief minister “not keeping well” authorised the three working presidents on Wednesday (17 July) to hold meetings of district and block committee heads and take decisions, reports Times of India.

"As you are not keeping well and hospitalised and I did not receive any reply to my letters, in the interest of the party, I am authorising the working presidents to hold meetings of district and block presidents in their respective areas and take appropriate decisions to activate the party and report to you the decisions taken," Chacko wrote in a letter to Dikshit.

According to the report, after Chacko wrote to Dikshit to inform her of the decision, the Delhi Congress chief issued an “action note” of her own allocating different set of responsibilities to the working presidents.

Alleging that rumours were being spread about Dikhsit’s health, aides of former Delhi CM said that she was in hospital for a routine check up and was discharged on Monday (15 July).

As per the report, the rift between both the leaders had surfaced during the Lok Sabha elections in which Chacko and former Delhi Congress chief Ajay Maken had supported forging an alliance with the Aam Aadmi Party while Dikshit and her supporters strongly resisted the move.