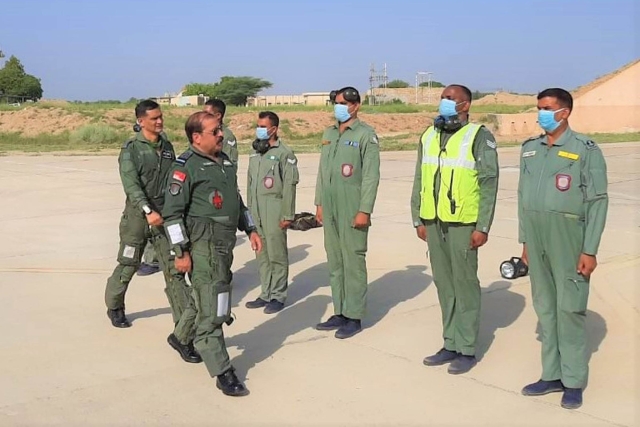 Chief of Air Staff (CAS) Air Chief Marshal RKS Bhadauria on Thursday (13 August) visited a frontline air base in the Western Air Command and carried out review of the operational preparedness of the IAF personnel serving in the area.

"On his arrival, the CAS was received by the Air Officer Commanding (AOC) of the base who briefed him on the readiness and operational status of the lodger units located at the base," the Ministry of Defence said in a statement.

During the day long visit, the CAS reviewed the operational preparedness of the base and interacted with air warriors serving on the frontlines. The CAS urged the air warriors to maintain the highest standards of readiness. He also appreciated their efforts in preserving IAFs combat potential during the ongoing COVID 19 pandemic.

Earlier in the day, the CAS flew the Mig 21 Bison with the resident squadron, the statement said.

The IAF chief's visit to the frontline base in Western Command comes amid ongoing tensions with China at the Line of Actual Control (LAC) in Ladakh.

Despite several rounds of talks between the military-leadership of India and China, the Chinese PLA troops are yet to disengage from Depsang plains and Finger areas in Ladakh.