Aircel-Maxis Case: P Chidambaram And Son Karti’s Protection From Arrest Extended Till 30 May 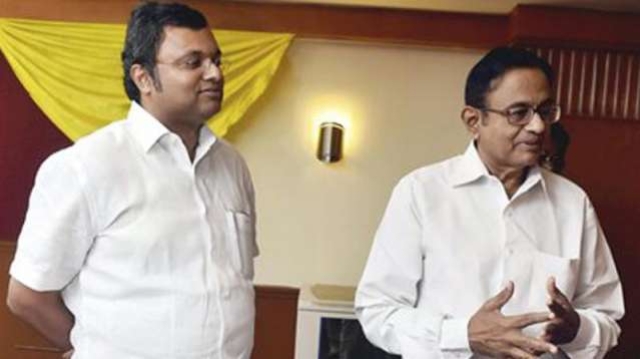 Even as the Enforcement Directorate (ED) sought custody of former union minister P Chidambaram and his son Karti Chidambaram yesterday (6 May) for interrogation in the Aircel-Maxis deal case, a Delhi court extended protection to the two from arrest till 30 May, reports India Today.

The court made the decision after defence mentioned their pending anticipatory bail pleas. Special Judge O P Saini also asked the ED to submit the case file before the court so that it could see what material had been collected in the matter.

On the other hand, Solicitor General Tushar Mehta and senior advocate Sonia Mathur, counsels for the ED, informed the court that Karti Chidambaram had not been cooperative in the agency’s probe:

"We (ED) have sent a Special Joint Director to Singapore and have asked him to expedite the process due to paucity of time. We want to interrogate both the accused in custody after receiving the Letters Rogatory (from UK and Singapore)," the court was told.

The agency claimed that Karti kept on submitting applications to be allowed to go outside India to play tennis, and was not being cooperative.

The father-son duo was represented by senior advocates Kapil Sibal and A M Singhvi. The two counsels contended that the court should grant them anticipatory bail since the agency was delaying the issue.

The court extended interim relief to the two as the ED asked for more time to prepare arguments on the anticipatory bail applications.