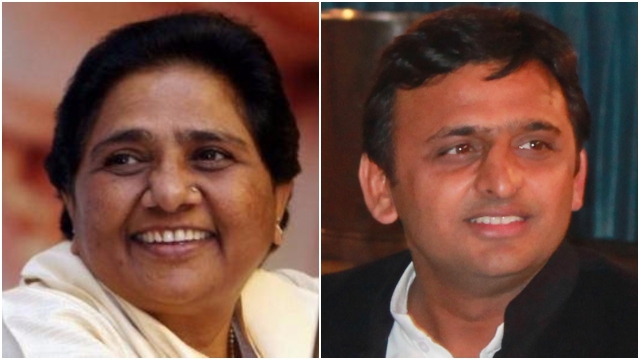 Bahujan Samaj Party (BSP) President Mayawati who had an election tie up with the Samajwadi Party (SP) during the 2019 general elections has openly accused SP President Akhilesh Yadav of being 'anti-Muslim' and his father Mulayam Singh Yadav of being a BJP agent, reports IANS.

According Mayawati, Akhilesh Yadav had asked her to not give tickets to Muslims to avoid religious polarisation.

She has now also come out to say that the SP-BSP alliance which was on a hiatus, is now officially off the table. Mayawati in a tweet announced her party’s decision to go solo in all future elections, either big or small.

“Samajwadi Party's behaviour after Lok Sabha polls forced BSP to conclude that it was not possible for her party to defeat BJP by allying with the SP. Therefore, in the interest of the party and the movement, BSP will now fight all the small and big elections on its own”, Mayawati tweeted.

In a closed-door party meeting she said, "I did not listen to him. When Akhilesh Yadav was the Chief Minister, injustice was done to non-Yadav and Dalits and that is why they did not give votes to the SP. The SP had protested against the promotion of the Dalits also.”

The BSP President said, she had called Akhilesh on the counting day but he did not answer her calls. She also expressed displeasure over Yadav calling BSP leader Satish Chandra Misra after the party announced its decision to go solo in the Assembly by-elections without speaking with her.