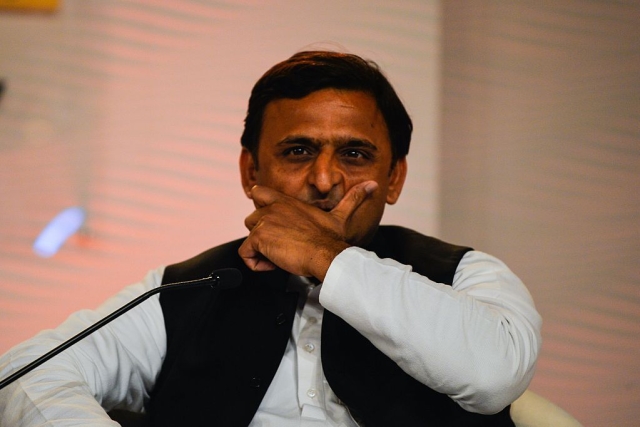 Yadav has said that the BJP government is incapable of handling the Covid-19 situation and the law and order situation in the state. He added that the Members of the Legislative Assembly (MLAs) are not safe in the state.

Attacking the UP government, he reportedly said that said that MLAs are not feeling safe because of the "tthoko neeti (encounter policy).

Reportedly, the opponents of the BJP are making attempts to revive caste politics in the state. Both Yadav and BSP supremo Mayawati have made promises of building a grand statue of sage Parshuram if they return to power.

Yadav has attacked the BJP, saying "sabhi bhagwan hamare hain" (all deities belong to us).

Yadav said that Vishnu belongs to us, Krishna and Ram are avatars of Vishnu and belong to us. "What problem does the BJP have?," he asked. He asked if the Devis worshipped on the Navratras also belong to the BJP.

Another interesting development has taken place in the state with SP in the background.

Shiv Pal Singh Yadav, the Pragatisheel Samajwadi Party (Lohia) leader and younger brother of former SP supremo Mulayam Singh Yadav has called for the uniting of all socialist parties ahead of 2022 polls.

He had founded PSP after making an exit from SP in 2018.

His call for unity in socialist parties ahead of 2020 is being seen as an indication of him wanting to reunite with the Samajwadi Party.

He said that he is ready to make any sacrifice for the unity of socialist parties.