All Is Fare: Thanks To UDAN, Common Man Can Now Become A Globetrotter 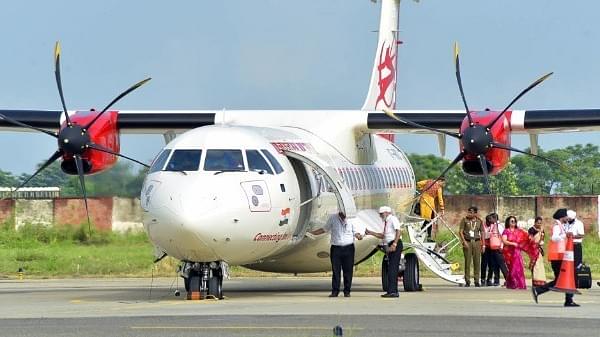 Passengers arrive to board Ludhiana-Delhi flight as part of the UDAN scheme. (Gurpreet Singh/Hindustan Times via Getty Images)

The Airports Authority of India (AAI) has been asked to implement the international version of UDAN scheme. It has invited e-proposals for selection of airlines under the international air connectivity scheme (ICAS).

Under the Union government’s ambitious UDAN scheme, 7.5 lakh passengers have travelled on 15,700 flights operated under the regional connectivity scheme over the past 17 months.

As many as 4.5 lakh out of 7.5 lakh passengers availed of the subsidised airfares offered under UDAN. The subsidies were offered to make air travel to tier I and tier II cities affordable for the common man.

Eight airlines are currently participating in the domestic version of the scheme, including Jet Airways, IndiGo, SpiceJet, Air Deccan, Megha Air and Zoom Air, which showed an average passenger load factor of 68 per cent on all flights operated under the scheme, say figures released by the Airports Authority of India (AAI).