All Linguistic, Cultural, Social Issues Of Assamese People Will Be Addressed As Per Assam Accord: Amit Shah On CAB 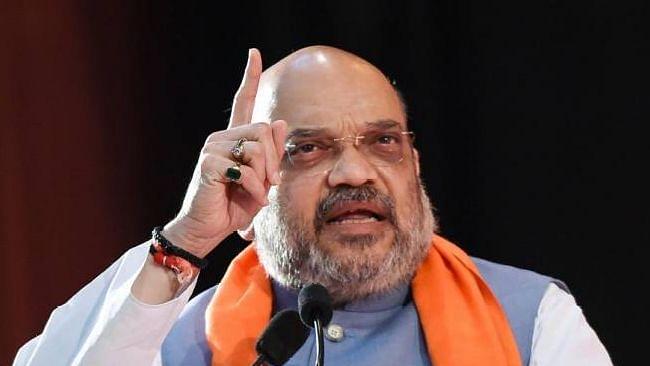 Amid parts of Assam on the boil over the controversial Citizenship Amendment Bill, 2019, Home Minister Amit Shah on Wednesday (11 December) said in the Rajya Sabha that a panel under Clause 6 of the Assam Accord would address all the concerns of the local people related to their linguistic, cultural and social identity.

"I want to assure all the original residents of Assam through this House that the NDA government will attend to all their concerns. The Committee constituted under Clause 6 will address the concerns," Shah said while introducing the Citizenship (Amendment) Bill, 2019 in the Upper House.

In his introductory statement, Shah said that the committee under Clause 6 could not be constituted until Narendra Modi government came to power.

"No one bothered or worried for 35 years," the Minister said.

He said that when Assam Accord was signed by the then prime minister Rajiv Gandhi the movement in the state was stopped and people celebrated and burst crackers but the Committee was never formed.

"I want to put forward a bitter fact today. In 1985, the then prime minister Shri Rajiv Gandhi signed the Assam Accord. As per the Accord, a committee was to be set up to ensure the social, cultural and linguistic identity would be protected and preserved," he noted lamenting non-action on the agreement.

The Minister said that the time had now come to find solutions to the problems of the Assamese people. He also urged the Committee constituted under Clause 6 to send their report to the central government.

While the Centre has brought Citizenship Amendment Bill to grant Indian nationality to the members of the Hindu, Sikh, Buddhist, Jain, Parsi and Christian communities who came to India from Pakistan, Bangladesh and Afghanistan after they faced religious persecution in those countries but local Assamese people fears that the move would legalise Bangladeshi immigrants thus threatening their social and cultural identity.

While introducing the bill, Shah termed the bill historic and said it offers a ray of hope and a new beginning to lakhs and crores of people who have been living a life of extreme hardship and misery for years. He also said that the bill fulfills the promise made by the BJP in its Election Manifesto.

The Home Minister said that the government was committed to protect the concerns of all the North Eastern states. He stressed that the provision of the bill will not apply to tribal areas of Assam, Meghalaya, Mizoram, Tripura and, now Manipur. This will also not apply to areas covered under Inner Line Permit in Mizoram, Arunachal Pradesh and most parts of Nagaland and Manipur.