‘All Nations Of The World Should Resist Socialism And The Misery It Brings To Everyone’: Trump At UNGA 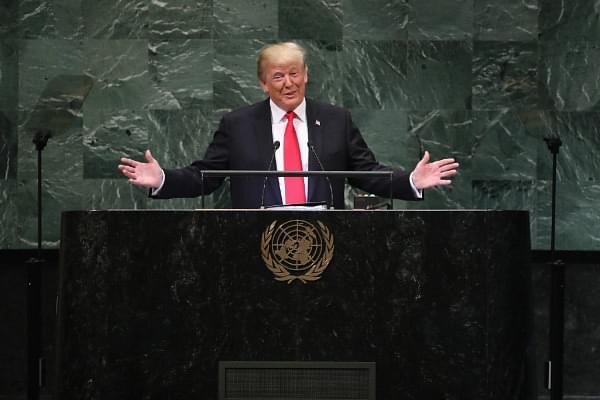 US President Donald Trump was on to rejecting socialism at his speech in the United Nations General Assembly, CNBC has reported. He cited the example of Venezuela to drive home his point.

“ Not long ago, Venezuela was one of the richest countries on Earth. Today, socialism has bankrupted the oil-rich nation and driven its people into abject poverty. Virtually everywhere socialism or communism has been tried, it has produced suffering, corruption, and decay. Socialism’s thirst for power leads to expansion, incursion, and oppression. All nations of the world should resist socialism and the misery that it brings to everyone,” President Donald Trump said.

America will never apologize for protecting its citizens. pic.twitter.com/DSo3pU4HRm

Further, Donald Trump called for the restoration of the democracy in Venezuela while imposing additional sanctions on the country. In his address, he also said that he accepts nationalism and rejects globalism, in reference to the debate on immigration. He also added that America would never apologise for protecting its citizens.