All New Recruits In Indian Railways To Be Inducted Through UPSC Civil Services Exams: Railway Board Chairman 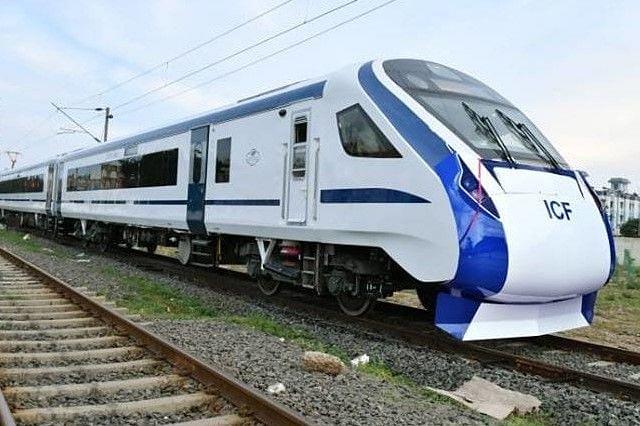 Two days after the Union Cabinet approved the organisational restructuring of the railways through the unification of the existing eight Group A services into one central service called the Indian Railway Management Service (IRMS), Railway Board Chairman V K Yadav on Thursday (26 December) said that all new recruits in the railways will be inducted through the UPSC civil services exams under five specialities.

Speaking to the media in New Delhi, Yadav said that just like aspirants to the Union Public Service Commission (UPSC), candidates aspiring to get into the railways will have to appear for their preliminary exam after which they would indicate their preference for IRMS under five specialities -- four of them engineering specialities for 'technical' operations comprising of civil, mechanical, telecom and electrical, and one 'non-technical' speciality which will recruit officers for accounts, personnel and traffic.

He said that the exact details of this recruitment process would be worked out.

"The thinking is like this -- the aspirants take the prelim and then indicate their choices. They will be given an option to appear for IRMS also," the Chairman said.

"We are going to send an indent specifying our recruitment for the five specialisations -- four for engineers, including that of stores (department) and another for non-engineering in which anyone can come from the humanities side who will be utilised for manning the accounts, traffic and personnel service. All of them will be promoted at the same time," he said.

His remarks come two days after the Union cabinet chaired by Prime Minister Narendra Modi approved the organisational restructuring of the railways through the unification of the existing eight Group A services into one central service called the IRMS.

Yadav also clarified that the Railway Board Chairman, who will also be the CEO of the national transporter, will be an officer of Indian Railway Service and not from any other service.

"Officers from Indian Railways who have experience of 35 years will only be posted as Chairman or CEO," Yadav, who is due for retirement by the end of this month, said.

He also said that the decision to merge the services was to ensure that officers put railways first instead of their service which had become the case under the present system.

The Chairman also pointed out that all officers would continue to work in their specialised services till modalities were worked out regarding cadre merger.

"We would ensure that not even a single officer is disadvantaged in their career progression," he said.

Yadav said the railway will try to "pull up" those officers who are lagging behind instead of "pulling down" those who are ahead in their careers.

After changes in the railway officials structure, the Chairman, along with four members responsible for infrastructure, operations and business development, rolling stock and finance, respectively, will form the Railway Board.

The Chairman will be the cadre controlling officer responsible for Human Resources (HR) with assistance from a Director General (HR). Three apex-level posts shall be surrendered from Railway Board and all its remaining posts shall be open to all officers regardless of the service to which they belonged.

The Board will also have some independent non-executive members, who will be highly distinguished professionals with deep knowledge and 30 years of experience, including at the top levels in industry, finance, economics and management fields, Yadav said.

"The independent members will help Railway Board in setting a strategic direction. They will be available during Board meetings but not involved with day-to-day running of railways," Yadav added.