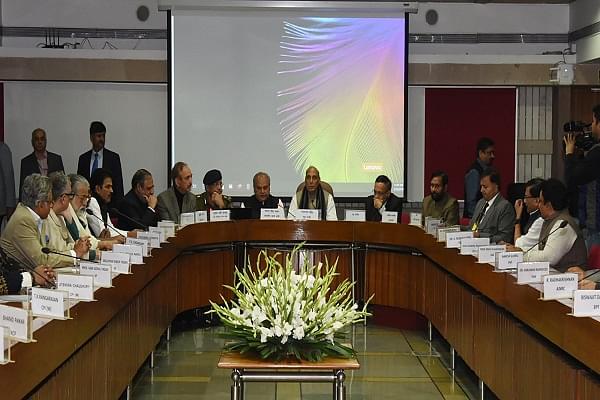 The all-party meeting organised by the BJP-led central government today (Saturday, 16 February 2019) in the aftermath of the Pulwama attack has concluded, with representatives from across the political spectrum unanimously passing a resolution condemning cross-border terrorism by Pakistan and expressing solidarity with security forces, reports Firstpost.

The resolution indirectly referred to Pakistan’s role in supporting cross-border terrorism over the past few decades and voiced a position of unity against such challenges. It also expressed condolences for the families of the martyred CRPF jawans.

The meeting was addressed by Union Home Minister Rajnath Singh who had just returned from a visit to Srinagar where he took stock of the security situation.

"We have communicated to the government what Congress chief Rahul Gandhi told at a press conference on Friday, that the country is in mourning now and is angry. Since 1947, apart from a war, this is the first time a terror attack has claimed so many lives. We have differences with the government on a number of issues but at this juncture we are standing with the government for ending terrorism. Militancy has to end," stated Congress leader attending the meeting Ghulam Nabi Azad.