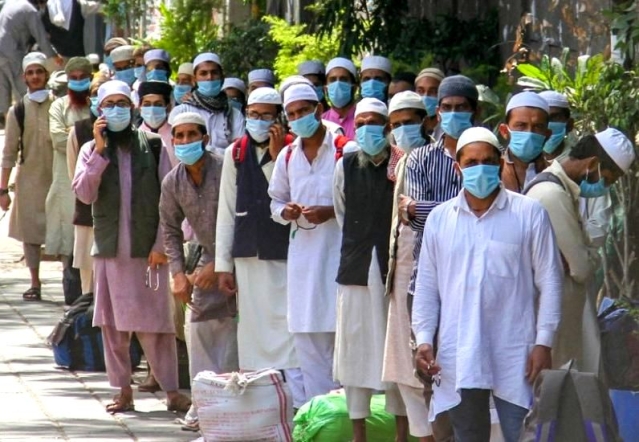 The Allahabad University has constituted a high-level committee to present a detailed report on the circumstances and events that led to the arrest of Professor Shahid, known for his links to the Tablighi Jamaat.

The political science professor is already under suspension and has been put behind the bars along with 29 other persons, including the 16 Jamaatis.

The professor was arrested on 21 April for hiding his travel history and also making arrangements for the stay of nine jamaat members at a mosque in the city.

The fact-finding committee, constituted by the officiating vice chancellor Prof Rajiv Ranjan Tiwari, will be headed by Prof R K Upadhyay of the department of defence studies of AU. He is also the present chief proctor of AU.

The other members of the committee include Prof Anuradha Agarwal, Prof K P Singh and Prof Shabnam Hamid while AU registrar, Prof N K Shukla would be assisting the committee as secretary.

The committee bears significance as the findings of the committee would be tabled at the meeting of the Executive Council (EC) of AU which, in turn, will decide on the further punitive action against the accused professor.

As per the ordinance of AU, the EC can even terminate the services of the faculty member, if it so decides.

Prof R K Upadhyay said: "We will soon be meeting on the campus, keeping in mind the social distancing norms, and scrutinize all the relevant papers and information regarding the issue and then submit our report."