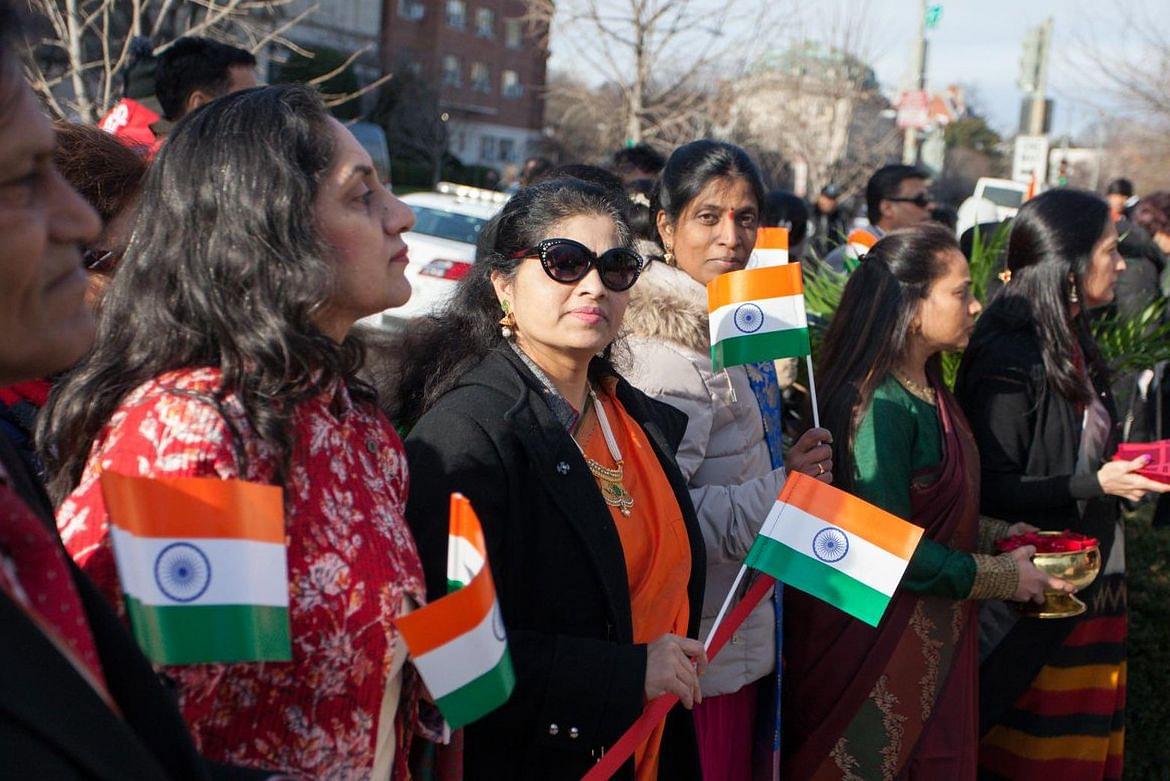 Indians in the US (@IndianEmbassyUS/Twitter)

A survey carried out among US-based Non-Resident Indians (NRI) has revealed that 93.9 per cent support the re-election of Prime Minister Narendra Modi to power, reports Firstpost.

The findings were published by the think tank Foundation for India and Indian Diaspora Studies (FIIDS), which is also based in the US, and also showed that NRIs in the US gave an almost perfect score to the work done by the Ministry of External Affairs (MEA) in trying to address issues faced by them.

95.5 per of the survey participants voted favourably for the MEA’s performance. In another interesting measure, 92 per cent of them said that under the Modi government India had become better respected globally.

The survey-takers were also questioned over other schemes and programmes launched by the NDA government in India, such as Make in India, Digital India and Startup India.

Moreover, 92 per cent of NRIs also said that they approved of the way the Modi government had tackled terrorism. The highest-percentage of survey takers, at 97 per cent, agreed that the NDA government had not witnessed scams.