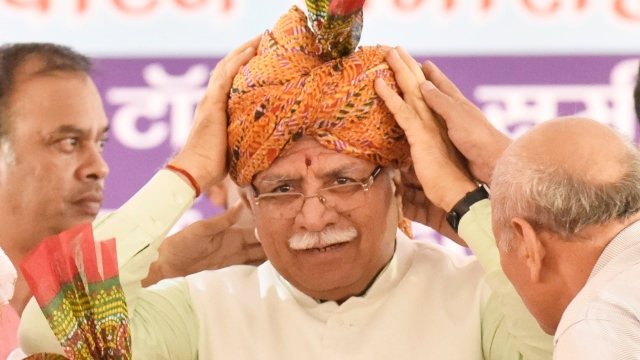 In order to possibly counter the anti-incumbency and Congress-INLD's promise of farm loan waiver in next year’s Lok Sabha and Vidhan Sabha elections, the Manohar Lal Khattar government of Haryana is mulling a pension scheme for farmers, reports The Tribune.

A committee formed by the state government under BJP state chief Subhash Barala discussed in its first meeting various modalities of pension schemes for farmers.

The committee discussed plans along the lines of Atal Pension Yojana (APY) for unorganised sector workers. Under the APY, the union government contributes Rs 1,000 for each beneficiary.

Currently the Haryana government pays Rs 2,000 as pension for senior citizens and is brainstorming over including it in the farmer pension proposal.

The Haryana government had earlier announced farmer benefits like Rs 10 hike in sugarcane prices and compensation in case of waterlogged fields. It though has reportedly faced criticism over not properly implementing the Swaminathan Commission report.