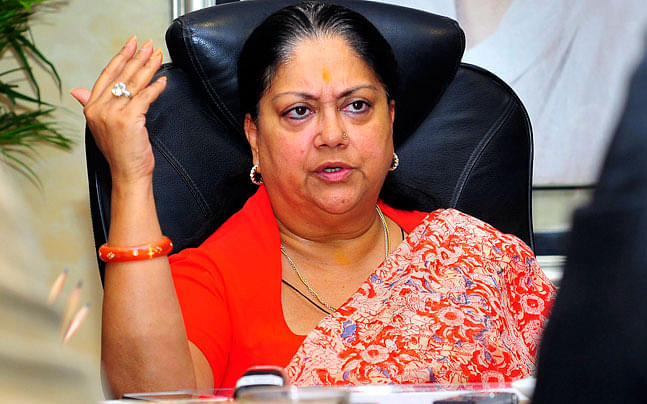 Rajasthan Chief Minister Vasundhara Raje broke her silence on Alwar lynching case on Tuesday, saying that she won’t tolerate such incidents in Rajasthan and assured that the state government will take appropriate action.

"Such incidents would not be tolerated in Rajasthan. Seven people have been arrested and further appropriate action will be taken on the basis of facts after investigation," Raje said.

"None of the culprits will be allowed to get away," she added.

The opposition has been targeting the state and the centre for not speaking up against cow vigilantes. Congress and the Communist Party of India have alleged that gau rakshaks enjoy state sanction and political patronage under the Bharatiya Janata Party-led government in the centre.

However, the fact of the matter is that Prime Minister Narendra Modi and various other BJP leaders have spoken against the evils of vigilante justice.