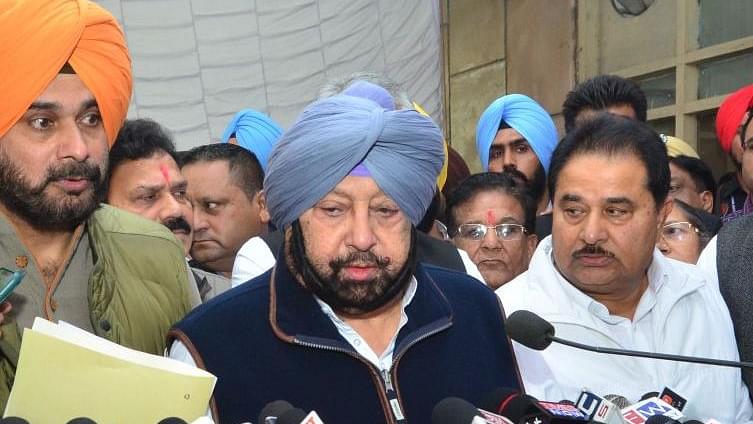 The brewing confrontation between Punjab Chief Minister Captain Amarinder Singh and his ministerial colleague Navjot Singh Sidhu, the voluble cricketer-turned-politician, has escalated further. In a complete re-haul of his ministry, the CM Amarinder stripped Sidhu of key portfolios.

Sidhu was removed from the responsibility of managing the crucial Local Bodies department and instead assigned a less weighty Power, New and Renewable Energy Sources portfolio.

Political observers view the strike by CM as an assertion of his authority and clear message to the party high command that he is captain of ship at least as far as Punjab is concerned.

Sidhu enjoys a great deal of proximity to the party chief Rahul Gandhi and AICC general secretary Priyanka Gandhi Vadra but that did not deter the CM Amarinder from signalling to Sidhu that his ‘indiscipline’ will not be tolerated.

The cabinet rejig came hours after Sidhu boycotted yesterday’s Cabinet meeting (Jun 6) and instead went public in his criticism of the CM Amarinder “Why should I attend the meeting when there is trust deficit in me? My seat in the Cabinet is three inches away from the CM. If he had expressed distrust in me publicly, what is the point of being seated next to him?”

CM Amarinder had earlier blamed Sidhu’s dismal handling of the department for the Congress poor performance in the urban areas. Congress bagged eight out of the 14 Lok Sabha seats in the just concluded national elections.

Sidhu however refuted the CM Amarinder ’s contention and claimed that the party performed well better in cities compared to rural areas. “Of the 117 Assembly segments, the results for the urban and semi-urban areas were 63 per cent, winning 34 out of 54 seats.”

CM Amarinder allocated the Local Bodies Department to his close confidante and the senior-most minister in the cabinet Brahm Mohindra.