Amarnath Yatra Cancelled Due To Covid-19; Morning And Evening Aarti To Be Live-Telecasted For Devotees 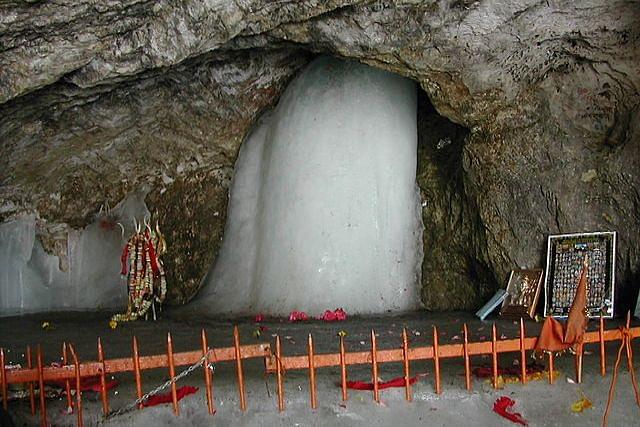 In a major development, the annual Amarnath Yatra has been cancelled due to increasing number of Covid-19 cases in Jammu and Kashmir. The announcement was made by the Shri Amarnath Shrine Board on Tuesday (21 July), reports Hindustan Times.

"Based upon the prevailing circumstances, the Board decided with a heavy heart that it is not advisable to hold and conduct this year’s Shri Amarnathji Yatra and expressed its regret to announce the cancellation of Yatra 2020," Board's official spokesperson was quoted as saying.

The spokesperson further said that the traditional rituals shall be carried out at the shrine without any interruption.

Respecting the sentiments of millions of devotees of Lord Shiva, the Board will be ensuring virtual darshan of the shrine to the devotees by live-telecasting the morning and evening Aarti.

The decision to cancel the Yatra was taken during the Board's meeting, which was chaired by Lieutenant Governor (LG) GC Murmu who is also its chairman.

The decision was based on the observation that the diversion of the resources for the Yatra would have put immense strain on the administration, while also unnecessarily putting the Yatris at the risk of contracting the COVID-19 disease.