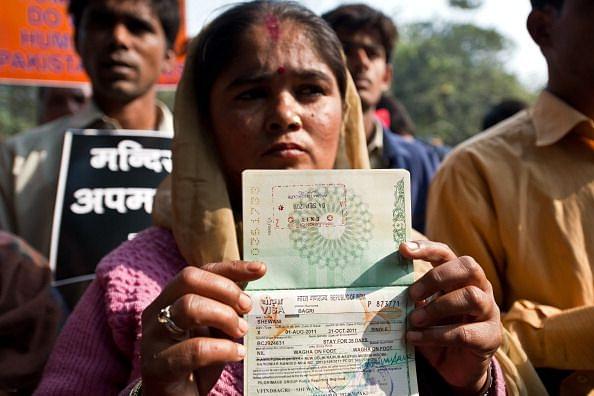 The contentious Citizenship (Amendment) Act which grants citizenship to six non-Muslim communities -- Hindu, Sikh, Buddhist, Jain, Parsi and Christian -- who have come to India from Pakistan, Bangladesh and Afghanistan till 31 December 2014 after facing religious persecution, came into force on Friday (10 December).

The Ministry of Home Affairs announcement came through a gazette notification almost a month after the law was passed by Parliament on 11 December 2019 during the monsoon session.

"In exercise of the powers conferred by sub-section (2) of the section 1 of the Citizenship (Amendment) Act, 2019 (47 of 2019), the Central Government hereby appoints the 10th day of January, 2020, as the date on which the provisions of the said Act shall come into force," the notification says.

Known as CAA, the law evoked protest at various cities across the country since the Parliament passed it, leading to injuries to hundreds of security personnel, the strongest dissent against Prime Minister Narendra Modi since he came into power in 2014. Over 2,000 people have been arrested and around 5,000 detained while protesting against the CAA.

Clearing misconception fuelled by the opposition regarding the CAA, the government has, on many occasions, clarified that the law "absolutely nothing to do with citizens of India" as the rumour was raised that it is against Muslim community and the people belonging to the community residing illegally will be deported.

"It has nothing to do with the deportation of any foreigner from India," the government has said.

"The deportation process of any foreigners irrespective of his religion or country is implemented as per the mandate of the Foreigners Act, 1946 or The Passport (Entry into India) Act, 1920."

The CAA has absolutely nothing to do with any Indian citizens in any way, the government stressed.

"The Indian citizens enjoy fundamental rights conferred on them by the Constitution of India. No status including the CAA can, a bridge or take them away. There has been a misinformation campaign. The CAA does not affect any Indian citizen, including Muslim citizens."