Americans Can Continue To Invest in BAT Companies, 3 Chinese Tech Behemoths Will Exempted From US Govt Blacklist 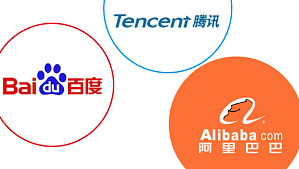 The U.S. government is expected to allow Americans to continue investing in Chinese technology behemoths Baidu, Alibaba and Tencent (collectively known as the BATs) after determining that economic consequence of banning the firms is greater than threats they pose due to their alleged links to China’s military, The Wall Street Journal reported.

According to the WSJ report, New York-listed Alibaba and Baidu, and Hong Kong-listed Tencent, were among a dozen companies being examined for inclusion in a Defense Department list of firms deemed to support China’s military, intelligence and security services.

The decision is said to come after weeks of debate that pitted Treasury department against the State Department and Pentagon officials. While Treasury Secretary Steven Mnuchin argued that banning firms like Alibaba, Tencent and Baidu from U.S. investors would have a debilitating economic impact, including en masse sell-offs of heavily traded Chinese tech giants, the Pentagon and State Department argued for a tough crackdown on Chinese firms.

Though the 'BAT' companies have been spared, the Defense Department reportedly plans to add nine firms, which have yet to be publicly identified, to its list of "Communist Chinese military companies". The updated list is likely to bring the total number of firms deemed as "owned or controlled by the Chinese military" to 40. The others on the list include China Telecom, China Mobile and popular smartphone-maker Huawei.

In November last year, the Trump administration issued an executive order on Thursday afternoon that effectively bans Americans from investing in Chinese companies that support China's military. The executive order explicitly prohibited anyone in the United States from making investments in Chinese firms deemed by the Trump administration as owned or controlled by the Chinese military.