Amid Mounting Tensions With China, IAF's BrahMos-A Supersonic Cruise Missile Is Now Ready For Combat Use 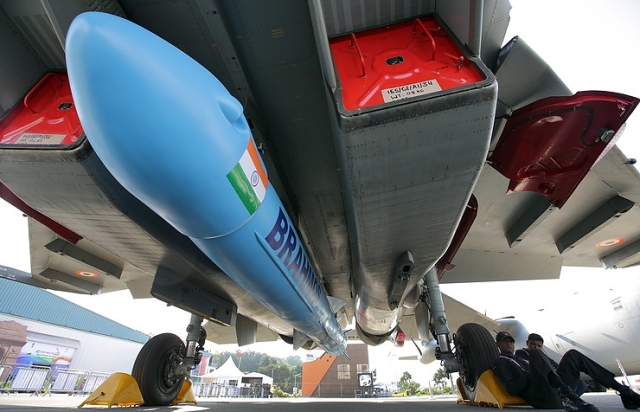 A Su-30MKI fighter equipped with a BrahMos-A cruise missile, on display at Aero India 2017 air show.

Amid rising tensions with China following the latter's unprovoked attack on Indian Army personnel in Galwan Valley, the Indian military has received a shot in the arm with BrahMos-A air-launched supersonic cruise missile now cleared for combat use, Livefist has reported.

The Centre for Military Airworthiness and Certification (CEMILAC), DRDO gave the fleet release clearance for the missile - which is essentially the last step before the weapon can be used in action.

This supersonic cruise missile can be deployed on a Sukhoi Su-30 MKI for delivery into enemy territory. A few Sukhois have already been modified to include the missile - with plans to equip more jets.

The BrahMos-A missile boasts of an operational range of 300 km and 400 km and can be released at any altitude from 1,640 to 46,000 feet. The fastest supersonic cruise missile in the world - it can travel at a speed of 3,000 kilometre per hour.

The missile which comes with a conventional warhead can penetrate hardened command, control and communication centres. It thus can be effectively used to destroy military and strategic targets like railway lines.