‘Amit Shah And Yogi Should Be Part Of It’: VHP Wants BJP Leaders To Be Included In Ayodhya Ram Temple Trust 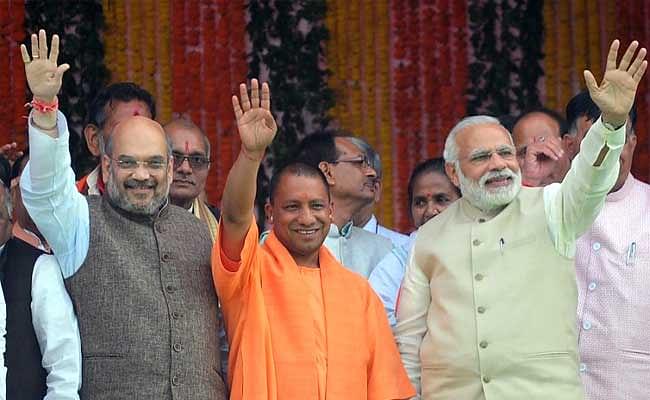 BJP President Amit Shah, Yogi Adityanath and Prime Minister Modi at an election rally in UP.

In the aftermath of the Supreme Court’s judgment deciding in favour of the construction a Ram temple at the Ram Janmabhoomi case site at Ayodhya, the Vishwa Hindu Parishad has said that Union Home Minister Amit Shah and Uttar Pradesh Chief Minister Yogi Adityanath be made members of the Trust which will responsible for construction of the said temple, reports The New Indian Express.

"We also feel that Home Minister Amit Shah and Uttar Pradesh CM Yogi be made a part of the trust, and if needed, exceptions be made for their inclusion," Sharma said to PTI.

The group’s spokesperson Sharad Sharma on Wednesday (13 November) also expressed optimism that a grand temple would be built at the site according to the design readied by the Ramjanmabhoomi Nyas (RJN).

The head of the RJN Mahant Nritya Gopal Das had himself earlier said the Uttar Pradesh chief minister should be included in the trust.