‘Amit Shah Asked Me To Take Him Into JDU’: Nitish Kumar Says Rebel Prashant Kishor Is Free To Leave The Party 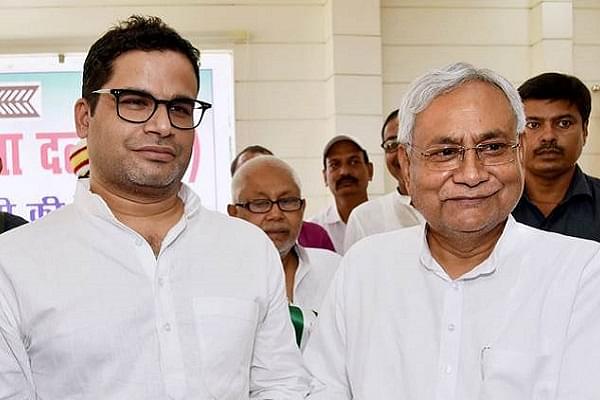 Rebel JD(U) leader and political strategist Prashant Kishor has been shown the door by Bihar Chief Minister Nitish Kumar who revealed that he inducted Kishor into the party following a request by the then BJP president Amit Shah, Times of India has reported.

Kishor who has been severely criticising the JD(U) for supporting the central government over the citizenship amendment act (CAA) and also chose to lock horns with Nitish Kumar.

Kumar while addressing Kishor’s behaviour has said that if Prashant Kishor is tweeting against the party leaders let him tweet and revealed that he had taken Kishor into the party on a request of Amit Shah.

#WATCH Bihar CM on Prashant Kishor:Someone wrote a letter I replied to it,someone is tweeting,let him tweet. What do I've to do with it? One can stay in the party (JD-U) till he wants,he can go if he wants...Do you know how did he join the party?Amit Shah asked me to induct him. pic.twitter.com/wlN4Q2o9uo

“Someone is tweeting, let him a tweet. What do I've to do with it? One can stay at the party till he wants. He can go if he wants...Do you know how did he join the party? Amit Shah asked me to induct him”, Nitish Kumar was quotes as saying.

Nitish Kumar though made it clear that if Kishor wants to stay in the JD(U) he has to follow the basic structure of the party. Kishor though has refuted Kumar’s claims and called him a “liar”.

Kishor also appears to be losing support of other members of the party after JD(U) leader Ajay Alok said that they are happy “this corona virus is leaving the party and he is free to go wherever he wants”.