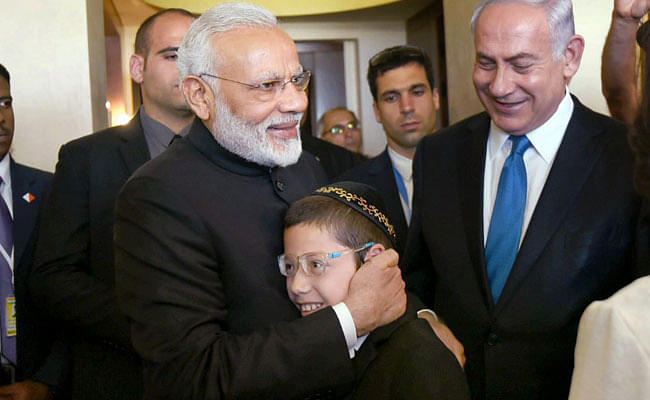 In what can only be described as an emotional moment in India and Israel’s ties, eleven year-old Moshe Holtzberg will accompany Israeli Prime Minister Benjamin Netanyahu to the Nariman House in Colaba, Mumbai, reports The Hindu. Holtzberg’s parents Gavriel and Rivka were killed in the 2008 terrorist attacks in Mumbai.

Holtzberg and Netanyahu will unveil a memorial dedicated to the victims of the attacks that took the lives of over 160 people including four Israeli citizens on Thursday (18 January). The memorial will be opened to the public on 26 November, the tenth anniversary of the attacks.

"We are excited about baby Moshe’s visit. This was the place where his life was saved by his Indian nanny. She will also accompany him along with his grandparents. The memorial remembers all the victims of the terror attack, not only the Jewish victims. Part of it is a special area where parents of Moshe will be remembered," said Rabbi Israel Kozolovasky, who heads the Chabad House in Nariman House.

Holtzberg’s nanny Sandra Samuel saved the then infant after his parents were killed and they subsequently moved to Israel to live with his grandparents, who will accompany him during their visit to Colaba.

During Prime Minister Narendra Modi’s visit to Israel in 2017, he shared an emotional moment when met Holtzberg. Netanyahu then had said that he would bring him to India on his next visit.