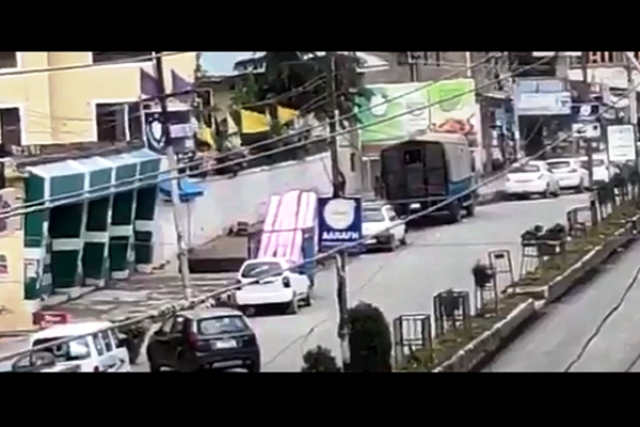 Footage from the attack site

Terror organisation Al-Umar Mujahideen headquartered in Pakistan Occupied Kashmir’s Muzaffarabad sector has claimed responsibility for the Anantnag terror attack in which two CRPF jawans have been martyred while at least four other security personnel have suffered injuries, Times Now has reported.

The terror attack is believed to have been carried out on a joint team of CRPF jawans and Jammu and Kashmir police.

As per South Asia Terrorism Portal (SATP), the Al-Umar Mujahideen was founded in 1989 by Mushtaq Ahmad Zargar with the help of recruits from Srinagar and via the support of a Muslim cleric Maulvi Umar Farooq.

Zargar was one of the terrorists who was released by India in exchange of hostages of the hijacked Indian Airlines IC 814 aircraft. The headquarter of Al-Umar Mujahideen is currently believed to be based in POK’s Muzaffarabad.

Since its inception, it is said to have received funding and support of Pakistan’s ISI and the POK government in Muzaffarabad.