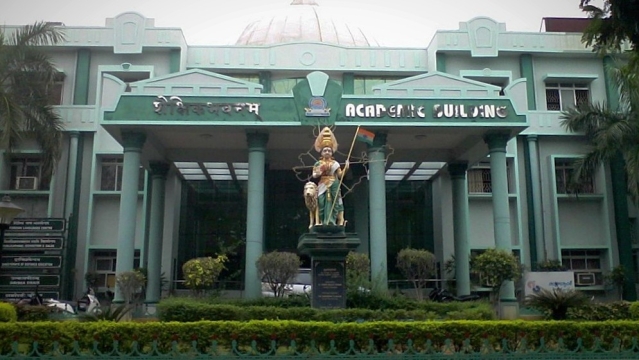 A dream pending for a decade, the Rashtriya Sanskrit Vidyapeetha (RSVP), a deemed university under the Human Resource Development (HRD) Ministry located in Tirupati, is finally set to become a Central University, Times of India has reported.

RSVP Chancellor and former Chief Election Commissioner N Gopalaswami, who was in Tirupati says that the process had begun and was moving in the right direction. Gopalaswami came to inaugurate ‘Sujalam’, a new water treatment plant on the campus. The Chancellor later felicitated Ultrafil representative Hanumantha Reddy for meticulously executing the project.

“The process has started and is being considered favourably. We can expect a positive announcement in a few months. That’s all I can say now,” he said to a delightful din of academia, faculty and students.

The transition from deemed to Central status helps the university have more autonomy and discretion in its subjects. Importantly, once they have gained the status of a Central University, they can recognise and affiliate the Sanskrit pathshalas and revive that dying tradition.

He also stated that the Centre was commemorating the millennial celebrations of the Indic philosopher saint Sri Ramanuja by sanctioning a project worth Rs 1.18 crore to the varsity to restore, digitise and publish ancient and rare Indic manuscripts that have been undisclosed till now.