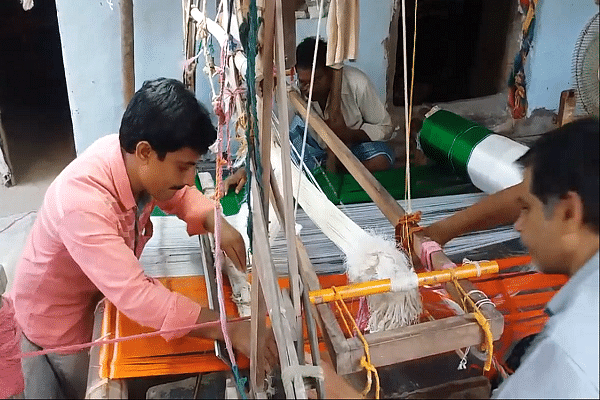 Rudrakshala Satyanarayana from Andhra Pradesh’s Vemavaram village spent four years to weave a specially made Tricolour from just one fabric, without any stitches, even selling off his ancestral home to meet the expenses of the endeavour, reports Hindustan Times.

Being a handloom weaver by profession, it was Satyanarayana’s dream to create such a unique flag. The 8 feet by 12 feet Tricolour is special because, according to Satyanarayana, the practice has been to stitch together the different bands representing the saffron, white and green colours to produce the flag.

So when Satyanarayana needed Rs 6.5 to complete his dream project, he did not hesitate to sell off his ancestral house to raise Rs 6.5 lakh.

After he completed his special Tricolour, Satyanarayana presented the flag to Prime Minister Narendra Modi during the latter’s visit to Visakhapatnam but was not able to tell him about the idea behind the unique flag.

Satyanarayana said that he was inspired to undertake the task after watching a short film called ‘Little Indians’, in which the protagonist stitched together three bands of three different colours to create the flag.