Anger In UP Congress Over New Committee; Party Leader Claims Of Strife Within Gandhi Family 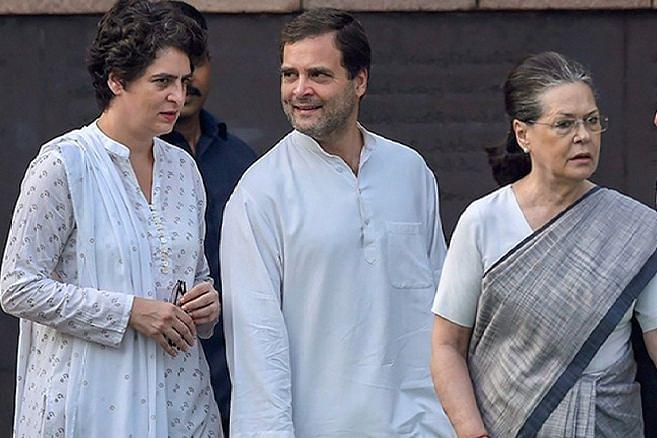 Within hours of the announcement of the new Congress team in Uttar Pradesh, rumblings of dissent have started surfacing in the party ranks.

Party leaders are upset over the exclusion of senior leaders from the committee and the over representation of the Other Backward Classes (OBC) in the new committee which was announced on Monday night.

The Congress workers are also objecting to the inclusion of those leaders who had joined the party on the eve of the Lok Sabha elections.

"These leaders have been in the Congress for years and, at least, deserved a place in the new committee. We agree that the focus is on youth, but you cannot completely disregard experience," said a leader.

In sharp contrast, leaders who had joined the Congress on the eve of Lok Sabha elections have been given organisational responsibilities. These include Naseemuddin Siddiqui, Raj Kishore Singh, Kaiser Jahan Ansari, Rakesh Sachan -- all of whom are recent entrants in Congress.

"They joined the Congress because they fell out with the leadership of their parent parties and not because they subscribed to the Congress ideology. They will move to greener pastures at the appropriate time again," said another leader.

The Congress committee has given around 45 per cent representation to OBCs which, party leaders claim, is 'another political blunder'.

"The Bharatiya Janata Party (BJP) is focusing on OBCs and so are the Samajwadi Party (SP) and the Bhaujan Samaj Party (BSP). The upper castes and Muslims are feeling completely alienated. The Congress should have reached out to the Brahmins and Thakurs in order to fill the vacuum, but by going all out to woo OBCs, the party has committed a political blunder," said a former president of the Uttar Pradesh Congress Committee.

Murmurs are also being heard in Congress circles about associates of former Congress chief Rahul Gandhi being sidelined in the new set up.

"We never imagined that there would be strife within the family too. Those who have worked under Rahul Gandhi have been ignored and this does not augur well for the future of the Congress. In fact you can expect an exodus from the party if this attitude continues," said a senior leader.