Another Hindu Family Forced To Migrate From Kairana’s Shamli: Report 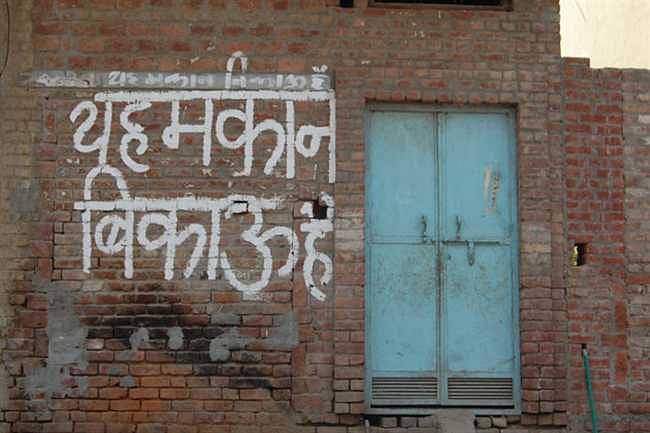 An abandoned house in Kairana Town. (Representational image, via rediff.com)

Terrified of anti-social elements from a particular community, another Hindu family has decided to migrate from Kairana’s Shamli, says a report in Hindi daily Dainik Jagran. According to the report, despite constant pleadings of the victims, the police failed to discipline the influential bullies from “samuday vishesh”, an overused phrase deployed by Hindi mainstream media to refer to the minority community.

Satyapal, resident of Kertu village that falls under Jhinjhana police station in Shamli district, is the head of the family but his wife, Rekha, effectively runs the house as the husband is mentally unsound. Both their daughters are married and son studies in sixth class. While leaving the village, Rekha is said to have put “For Sale” sign on her house. It was Rekha’s family that had this house built for them.

According to the Jagran report, Rekha has alleged that when she used to go to village panchayat handpump to fetch water, one bully from “samuday vishesh” who is also her neighbour would hurl abuses at her and even assault her. On 29 May, her family was beaten up by them. But the police is not taking any action as the perpetrators are influential.

The report mentions that the family was forced to migrate when the bullies threatened to frame Rekha’s son, who studies in Class VI, in some false case. On Sunday (3 June), they left their village for Karnal in Haryana. According to SP Dev Ranjan, the dispute between two families started over water which was resolved amicably but resurfaced again. Rekha has alleged that she was migrating out of fear and pressure.