Another ‘Party’ For NDA: BJP Officially Seals ‘Mega’ Alliance With AIADMK In Tamil Nadu; PMK Also On Board 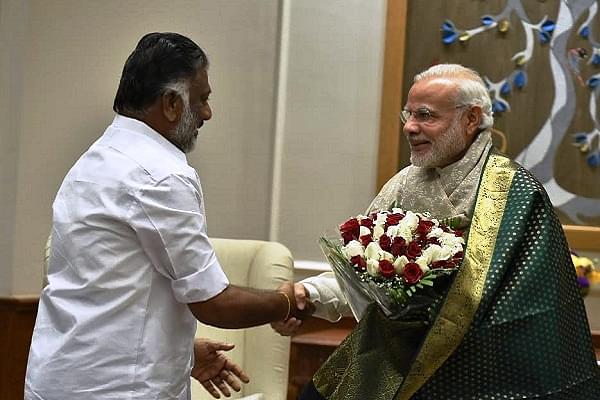 This electoral pact with the BJP was announced by Tamil Nadu Deputy Chief Minister O Panneerselvam who termed it as a “mega and winning alliance”.

Tamil Nadu Deputy CM O Panneerselvam: AIADMK and BJP will have an alliance for Lok Sabha elections which will be a mega and winning alliance pic.twitter.com/WeEADmnzR6

Under this alliance the BJP will contest five out of the 39 seats in the state. AIADMK had earlier made an alliance partner out of Pattali Makkal Katchi (PMK) which will contest on six seats and will be given one Rajya Sabha seat as well.

This alliance will also extend to 21 assembly by-polls and one Lok Sabha seat of Puducherry, claimed media reports.

Union Minister Piyush Goyal who was present at the announcement expressed delight at the alliance, as per a report in The Hindu. He added that the parties had a very fruitful discussion and affirmed that the alliance will win all 40 lok sabha seats. He also confirmed that he will meet DMDK president Vijaykant in the future.

The BJP had yesterday (18 February) finalised an alliance with the Shiv Sena was Maharashtra. Under this pact, the BJP will contest 25 seats while Shiv Sena will fight on 23 seats.