F16 Vs Gripen: Choice For Next Made In India Single Engine Fighter Jet Narrows Down To Two 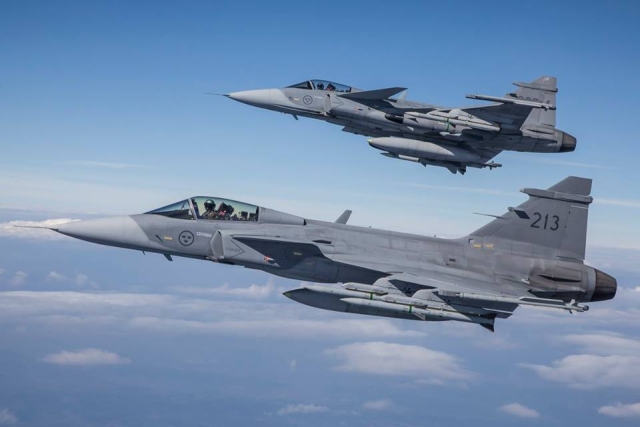 According to Industry experts, Parrikar’s announcement cuts down the competition to just two fighters - Lockheed Martin’s F-16 (Block 70) and Gripen E by Saab. Both Lockheed Martin and Saab have offered to move production lines to India and manufacture the aircraft in the country. Parrikar said few of the initial aircraft may come off the shelf but the “rest would be made in India increasing the Indian capability in aviation”.

This comes shortly after former Air Chief Marshal Arup Raha said the 36 Rafale jets bought by India were not enough and more aircraft were needed in the medium weight category. According to Raha, India will need at least 200 more fighter aircraft in the next ten years.

Indian Air Force (IAF) is still nowhere close to operating the number of fighter jets it needs and has effectively lost its edge over Pakistan. IAF currently operates just 33 squadrons against a sanctioned strength of around 42 squadrons. The new single-engine fighter aircraft will fill the gap between the heavy, air superiority Su-30MKIs and India's indigenously manufactured Light Combat Aircraft (LCA) Tejas.

Talking about Tejas, Parrikar said the navy will continue supporting the development of the naval version of the aircraft. As Navy Chief Admiral Sunil Lanba informed earlier, it will just be a technology demonstrator and will not be operated by the navy. This confirms that the Indian Navy will float a separate competition for its own future (two engine) fighter.