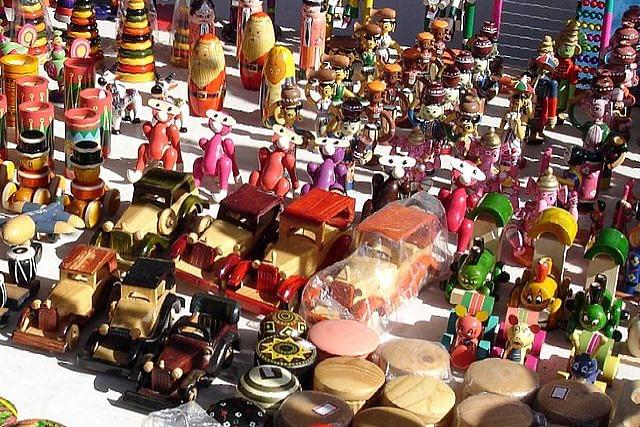 Amid the nationwide campaign for boycott of Chinese goods after the bloody clash between Indian and PLA troops in Ladakh's Galwan valley, the demand for 'Made in India' toys has been increasing due to which the domestic toy industry is witnessing a revival, reports ANI.

According to the report, toy manufacturers in Gujarat's Rajkot said that Indian products were in demand after the Galwan clash, in which 20 Indian soldiers and unspecified number of Chinese PLA troops were killed, following which anti-China sentiment is prevalent in the country.

"The anti-Chinese movement has made people demand made-in-India products these days," Subhas Jala, co-director of Aditi Toys, was quoted as saying.

Arvind Jala, another co-director of Aditi Toys, said that toy demand of the country was normally met by importing 80-90 per cent of the product from China.

However, after the bloody clash at Galwan valley, the demand for the Indian goods has risen.

"And with such an increase in demand, it is an opportunity to grow the domestic market as well as increasing the prospects of exporting to other countries, helping boost the Indian economy," Arvind was quoted as saying.

He said that his toy company is planning to make more than 100 products in the next three-four months.

"And in one year, we would make more than 200 products so that we would be able to fulfill the demand of the Indian market," he added.

Opining that there are very few toy entrepreneurs in India, Arvind said that the toy industry can be a potential one for entrepreneurs to tap into.