Army’s Combat Vehicle Requirement Might Finally See Light Of Day. It Was Dead In Water For Last Seven Years 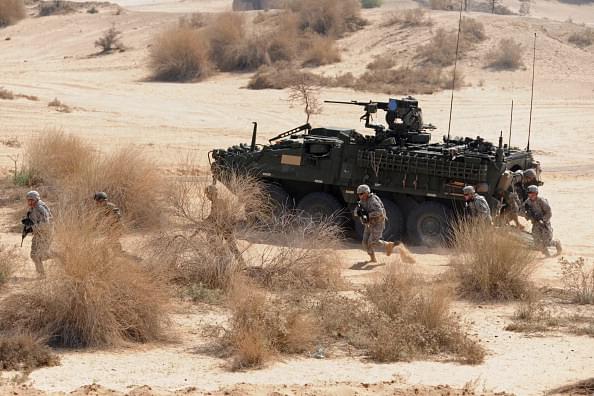 Indian and US soldiers exit an infantry combat vehicle during joint military exercise at Mahajan in Rajasthan sector, some 150 kms. from Bikaner. Photo credit: SAM PANTHAKY/AFP/GettyImages

The Ministry of Defence (MOD) is reportedly “fast tracking” a key army requirement that had been dead in the water for nearly seven years now. The Indian Army’s Future Infantry Combat Vehicle (FICV) project was first initiated and accorded approval by the government in 2009. Keeping in line with arms procurement timelines in India, the project was mired in controversies with “major faults” being discovered in the evaluation process. The process had to be scrapped and restarted again.

A fresh expression of interest (EOI) had been issued last year (2015) and according to Times Of India’s Rajat Pandit, the MOD is hoping this time around there won’t be any glitches. Contenders for this tender include L&T, Mahindra, Pipavag Defence, Tata Motors - Bharat Forge and Tata Power SED-Titagarh Wagons.