Arnab Goswami Resigns From Times Now, Will Start Something Of His Own 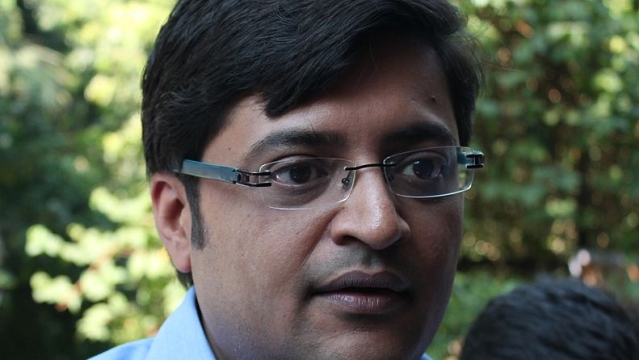 Arnab Goswami, the star of prime-time English TV news, has resigned from his position as editor-in-chief and president, news, at Times Now and ET Now, as reported by The News Minute (TNM).

Several sources in Times Now have confirmed to TNM that Goswami made this announcement at an editorial meeting. He is said to have told his team that he will be starting something of his own but within the media and TV sphere.

Goswami was in the news himself recently for having received “Y category” security cover from the government after intelligence reports found that his life was under threat from “Pakistan based terror groups”.

Goswami led Times Now from being a news channel still learning the ropes of the TV news industry to becoming No. 1, and then some. His loud and aggressive style of anchoring and debating, often seen on full display in his blockbuster TV news programme, Newshour, commanded the attention of viewers across the country. This translated to higher viewership ratings for the news channel than any other.

According to exchange4media, “Goswami has led TIMES NOW to leadership in less than a year of launching the channel in 2006. Since 2007, he has maintained and increased the dominance of TIMES NOW in the Number 1 slot for 8 consecutive years. His 9 pm “The Newshour” is the last word in appointment viewing on Indian television, commanding over 70% share of the audience and unmatched viewer loyalty for the last 8 years.”

Interestingly, Goswami started his career in print journalism. He worked with The Telegraph, Kolkata, for less than a year before joining NDTV in 1995. He helped launch Times Now in 2006 and led the channel’s affairs ever since.