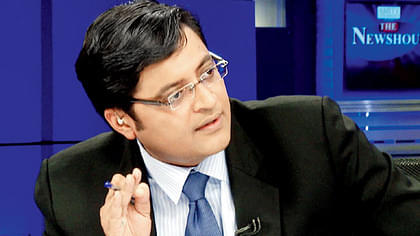 Republic TV’s editor-in-chief Arnab Goswami has been elected as the president of News Broadcasters Federation (NBF)‘s governing board, The Hindu has reported.

The NBF, is India’s largest news channel association, comprising of 78 channels, which broadcast in 14 languages.

After Goswami was elected the president of the NBF he called the news body a “game-changer” which will change the dynamics of Indian broadcasting.

“For far too long a clutch of Delhi-based channels have falsely claimed to represent Indian broadcasting. NBF will change that, for good”, Goswami was quoted as saying.

The NBF was formed this July and one of its key objectives is to give a voice to regional news channels. The governing board’s objective would be to bring transparency and self-resolution with regards to its content.