Arnab Goswami’s Vision For The Future Of Indian Journalism 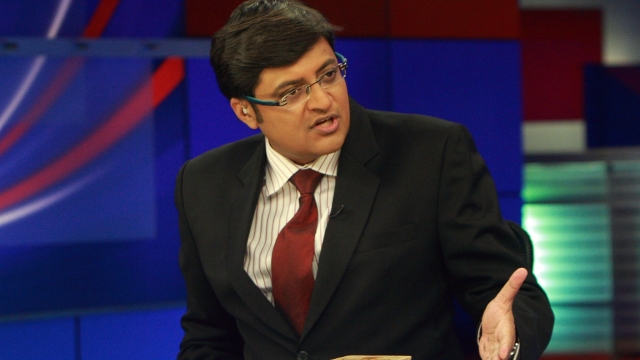 At the event, Goswami articulated passionately his vision for the future of Indian journalism. He started by criticising his fraternity.

Adopting one of the sub-themes of the conclave, ‘dissent’, Goswami spoke of his desire to dissent against journalism as it operates today and possibly give it a new place.

I chose 10 years back, ‘I don’t want to be part of your system’, and that is why I talk about Lutyens Delhi, not with any disregard to the city, but with the determination that in the next three to four years, we will take the centre of journalism in this country outside of Lutyens Delhi.

“That is an idea whose time has come,” he said.

If journalism is to thrive and actually help the people of the country, it must be forced out, cranked out of Delhi, operate from Poona, Bangalore, anywhere but Delhi.

He spoke of the wave of change that will shake up journalism in the future.

The next five years are the years of journalistic revamp in this country. That will be my dissent...I hope and believe that whatever I do in the coming years, more and more journalists will stand by me, as we dissent against the way journalism is done, so there will be a dissent by journalists against journalists in this country, because there cannot be one standard opinion in any profession in this company...The real dissent, the dissent of a journalist, is going to come in this country. The season of change is about to come.

He then proceeded to present his “broad vision” for the next three to five years.

I feel that we need to today revisit, reinvent and redefine and, therefore, create a dissent in what had become the status quo for Indian journalism, and I can specifically talk about Indian television journalism. And here is my broad vision for the next 3-5 years.

2. Making sure that the monopoly of money is broken in Indian journalism

3. Breaking out of the bubble of conventional content centres and letting his journalism define news readers

What can Noida do which M G Road, Bengaluru, cannot do? ...That will disrupt and uproot the national capital as the centre of journalism.

Why should we Indian journalists not be doing global news? So, we will redefine global television, and that will be our greatest asset, television media.

Telling the audience that “the future will be explosive, fearless and uncompromising”, he asked for people to be optimistic about the future.

“The big disruption is now about to come,” he said.