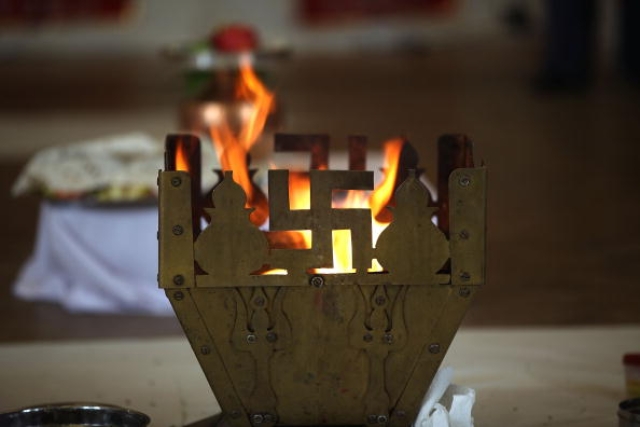 Around 250 members of 40 Muslim families embraced Hinduism On Friday (8 May) in Bidhmira village in Haryana’s Hisar district and decided to cremate an 80-year-old woman according to the Hindu customs, reports Times of India.

These Muslim families used to lead a Hindu way of life for a long time. However, they used to cremate their dead according to Muslim customs.

However, on Friday (8 May), after the death of an old woman Phooli Devi, the Muslim families decided to embrace Hinduism and perform her cremation as per the Hindu rituals.

Satbir, son of Phooli Devi, said that the Muslim families decided that since they lead the Hindu way of life, they should declare themselves to be Hindu. They also decided to perform the last rites of Phooli Devi according to the Hindu customs.

Satbir said that the families belong to the doom caste and celebrate Hindu festivals with the entire village. Only the last rites were performed according to Muslim customs, he said. He claimed that his Hindu ancestors became Muslims under pressure during the time of Mughal ruler Aurangzeb.

He further said that there was no pressure on them to convert and that no villager had misbehaved with anyone.

Another village youth, Majid, claimed that as earlier the people of his community were not educated, they did not know the old things.

“Now many people are educated and they have convinced everyone to do this (change religion),” Majid was quoted as saying.

“It is only when we bury our dead, that the villagers looked at us differently. Therefore, looking at the future of children, we decided to convert,” he said.