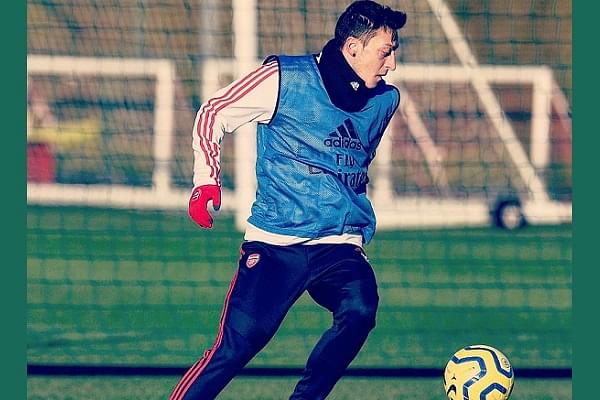 Arsenal midfielder Mesut Ozil will be deleted from the popular football simulation video game eFootball Pro Evolution Soccer 2020 (PES) over critical comments he made regarding China’s oppression of its Uighur Muslims.

US-listed Chinese internet company NetEase — which publishes the PES franchise in China — confirmed the development on Wednesday (18 December). PES achieved over 200 million downloads for its 2019 version of the game. Konami, the Japanese company, is the developer of PES games.

China accounts for nearly 25 percent of the global mobile gaming market —with 598 million players and $15.63 billion in revenue for 2018.

In a statement on Chinese social-media platform Weibo, NetEase said “The German player Ozil posted an extreme statement about China on social media. The speech hurt the feelings of Chinese fans and violated the sports spirit of love and peace. We do not understand, accept or forgive this!”

Ozil, a German national of Turkish origin and a devout Muslim, posted his comment last Saturday to his social media platforms in the buildup to an English Premier League Sunday matchup between Arsenal and Manchester City. Ozil called the Chinese “persecutors trying to separate” Uyghurs “from their religion.

Tweeting in Turkish, Ozil said "Korans are being burnt... Mosques are being shut down... Muslim schools are being banned... Religious scholars are being killed one by one... Brothers are forcefully being sent to camps."

"The Muslims are silent. Their voice is not heard," he wrote against a blue backdrop with a white crescent moon -- the flag of 'East Turkestan', the term many Uighur separatists use for Xinjiang.

In response to his critical comments regarding China’s treatment of Uighur Muslims., Chinese state television blacklisted the broadcast of the game.