Articles 35A, 370 To Be Repealed, Big News For Farmers; Here Are The Highlights Of BJP’s Manifesto 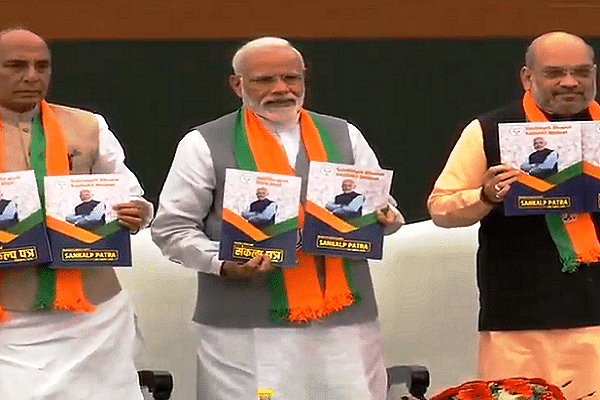 BJP launching its party manifesto at its party  headquarters (@BJP/Twitter)

The Bharatiya Janata Party on Monday (8 April) unveiled its election manifesto for the upcoming Lok Sabha polls. After an introductory speech by party president Amit Shah, the senior leaders of the party including Prime Minister Narendra Modi launched it/

The highlights of the party manifesto were then presented by the president of its drafting committee Rajnath Singh: