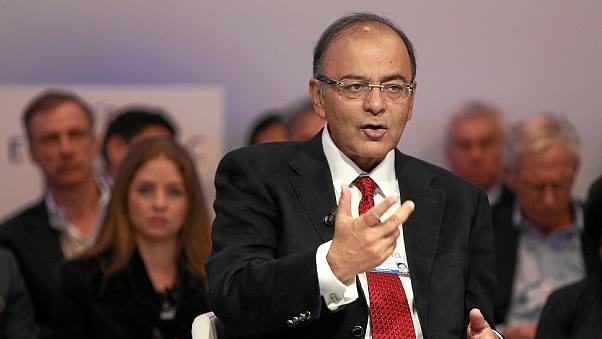 Arun Jaitley termed Article 35A, which accords Jammu & Kashmir (J&K) special status as “constitutionally vulnerable” and its presence has hurt the common citizens of the state “the most” by denying them a booming economy, economic activities and jobs.

He stated that most Indians believe that the Nehruvian course, which the State had embarked through the Article 35A was a “historical blunder.”

“Article 35A was surreptitiously included by a Presidential Notification in the Constitution in 1954. It was neither a part of the original Constitution framed by the Constituent Assembly, nor did it come as a Constitutional Amendment under Article 368 of the Constitution which requires an approval by two-third majority of both Houses of Parliament,” Jaitley clarified.

He stated that Article 35A gave J&K government the right to discriminate between two State citizens living in the State by declaring some as permanent residents while leaving out the others. “It also discriminates between permanent residents of the State and all other Indian citizens living elsewhere. Lakhs of Indian citizens in J&K vote in Lok Sabha elections but not in Assembly, municipal or Panchayat polls. Their children cannot get government jobs.”

Backwardness Caused By The Article

Finance Minister also asserted that J&K’s poor economic performance over the decades can be traced back to draconian rules laid out under the Article 35A.

“The State does not have adequate financial resources. Its ability to raise more has been crippled by Article 35A. No investor is willing to set up an industry, hotel, private educational institutions or private hospitals since he can neither buy land or property nor can his executives do so,” he added. As per the provisions of the Article, only permanent citizens can buy land in the state.