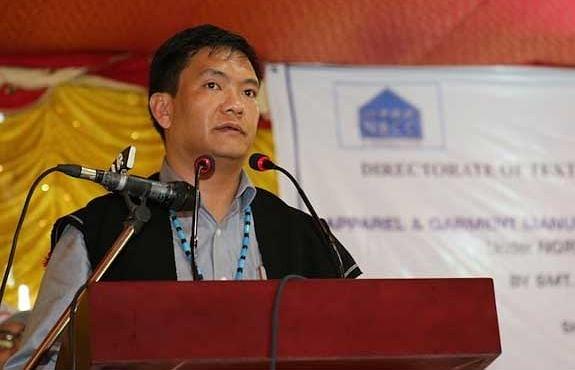 To boost development along the international borders, the Arunachal Pradesh government has decided to develop three model villages along the Indo-Tibet border as a pilot project with an allocation of Rs 30 crore, officials said on Thursday (4 March).

An official of the Finance Department said that the Rs 30 crore pilot project for developing three model villages along the border is a part of the Rs 131 crore diverse projects proposed in the state budget for 2021-22, which was presented by Deputy Chief Minister Chowna Mein, who holds the Finance portfolio, on Wednesday (3 March).

The official said that under the pilot project, one village each in the border areas of Eastern, Central and Western Arunachal Pradesh would be developed as a model village with all basic facilities and infrastructure, including good roads.

Mein told the ongoing budget session of the assembly that development of border villages remained an important priority of the state government.

"Under the leadership of Prime Minister Narendra Modi, in the past years, we have witnessed unprecedented focus on border area infrastructure development, including road connectivity. The comprehensive development of border villages would be continued with good road connectivity, power, water supply, health, and education," he said.

According to the official, the other projects proposed in the budget under the development plan for border areas include repair of foot suspension bridges for border guarding forces (Rs 5 crore), documentation of the rich culture and traditions of tribes (Rs 1.4 crore), production of animated movies of the folklore of tribes (Rs 50 lakhs), developing textbooks on Arunachal history and culture (Rs 2 crore), honorarium to registered indigenous priests (Rs 3 crore), promote establishment of indigenous gurukul schools and indigenous prayer centres, Narottam Heritage and Cultural centre (Rs 2 crore), development of World War-II memorial at Jairampur (Rs 1 crore).

The official quoting the Deputy Chief Minister said that the central Government has approved the preparation of a Detailed Project Report for developing highways along the frontiers.