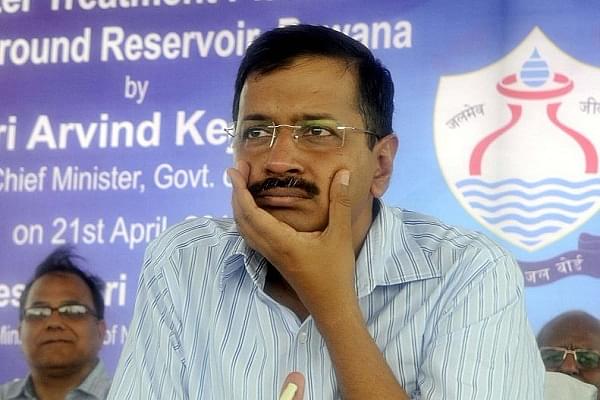 Kejriwal was reportedly leaving for lunch when a middle-aged man bowed before him, claiming he had some grievances. Within seconds he hurled chilli powder at the Delhi Chief Minister, following which his spectacles also fell off.

Identified as Anil Kumar Sharma, the accused was taken to IP estate police station. The report claims that the accused also threatened to shoot Kejriwal once he came out of jail.

The attack resulted in a political slug-fest where-in the AAP described it as a serious security lapse. AAP MLA Saurabh Bharadwaj alleged that the BJP government had created an atmosphere where people are being instigated to attack Kejriwal.

Even Kejriwal’s wife took to Twitter alleging that the central government won’t let the police take strict attack against the accused.

Central government controlling police will not let it take strict action against the attacker on CM being BJP goon. This anomaly is only in Delhi state, weird. Wish the Judiciary takes some suo moto cognisance of this nuisance.

This is not the first time that Kejriwal has been attacked in a similar manner. He has earlier had ink, shoes and slippers thrown at him in the past. He was also once slapped during a public rally.